Step 1. Draw the head of the cat

In the beginning, we draw an elongated oval, but the edges of the oval should be sharp.

Step 2. Draw the eyes of the cat

Step 3. Draw the nose, mouth, and mustache of the cat

In the middle, just below the eyes, draw a nose in the form of a triangle, the upper two corners with rounded edges, the lower corner – sharp. Above the nose, we draw an arc.

How to draw a cat easy step by step 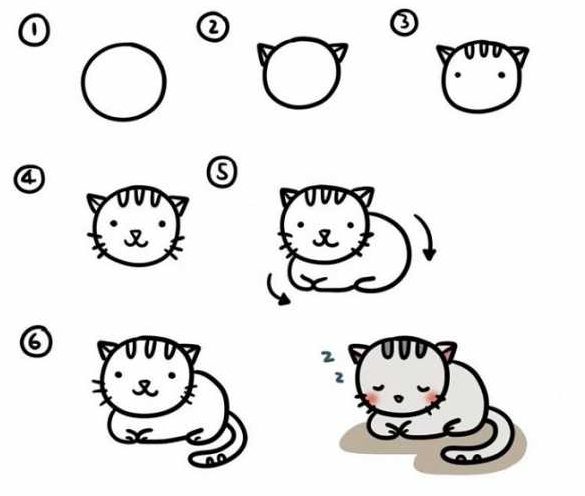 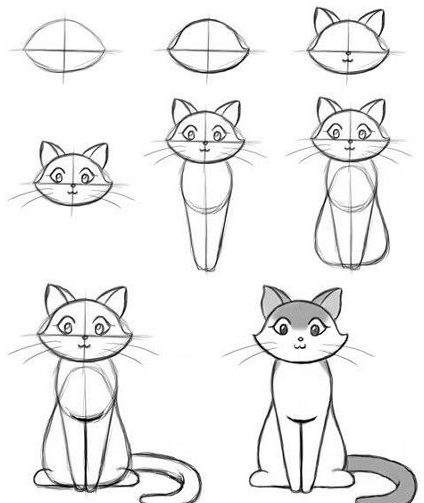 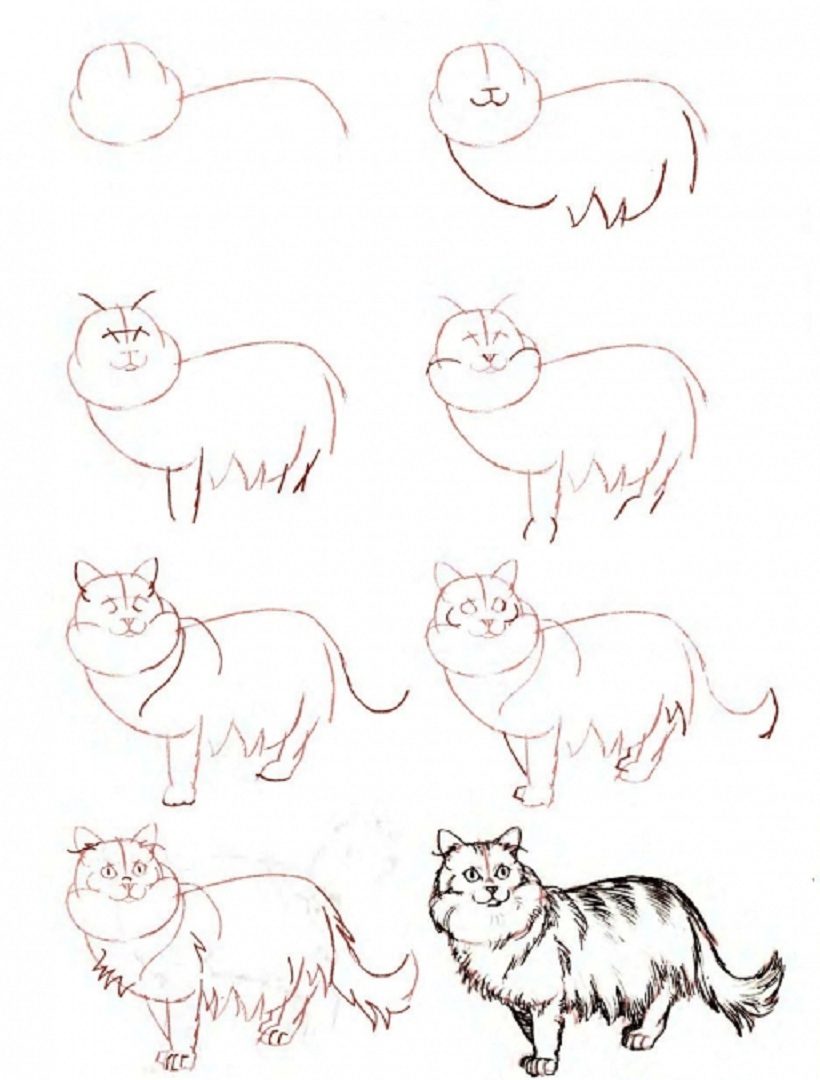 Step 4. Draw the ears of the cat

In the left part above the cat’s head we draw a triangle with a round corner, the inner part of the ear is separated by an arc.
Similarly, draw the right ear.

Step 5. Draw the neck of the cat

Under the head, we draw an arc, around the arc we draw a broken line with cloves similar to wool. When the wool is ready to the arc, which was drawn in the beginning we erase with an eraser.

Step 6. Draw the front legs of the cat

On the left, draw a long arc down from the neck, draw three small circles at the bottom of the arc — these are the pads on the cat’s legs, to the right of the pillows we draw an arc about the middle of the first arc — the left foot is ready.
In the same way, draw the cat’s right paw.

Step 7. Draw the hind legs of the cat

Step 8. Draw the tail of the cat

We draw the tail of the cat on the right above the right hind paw, draw a wavy line up and down to the foot, the tail at the paws should be thicker, and the tip should be thin.

Step 9. Draw the cans of the cat

Our kitten is a cat, let’s decorate it with a bow. On the head near the right ear, draw a triangle at an angle, opposite we draw a second triangle and between them a circle or an oval – the bow is ready.

It’s time to color our kitty. A cat can be of different colors: gray, white, black, red or multi-colored, our kitty will be gray with a white neck.

Coloring is a great way to develop fine motor skills of hands, prepare your hand for writing. In addition to the teaching and developing nature, coloring also accustoms the child to perseverance, concentration. The main thing is not to overdo it so that the child is not tired. 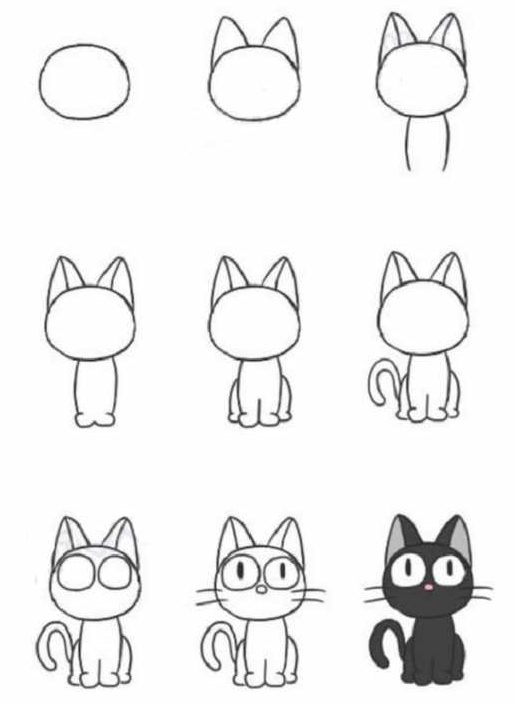 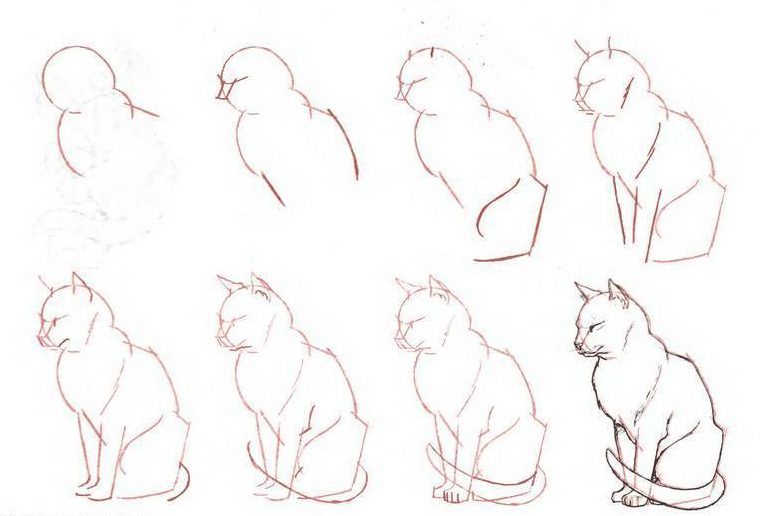 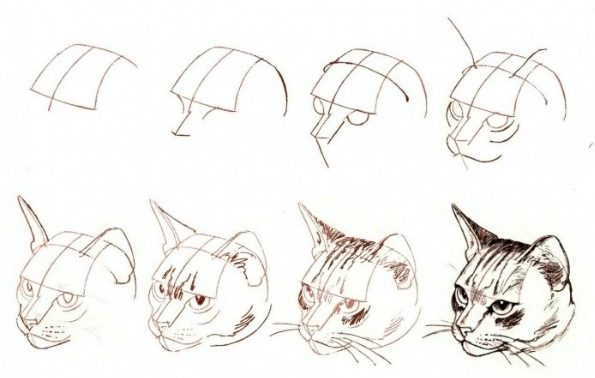 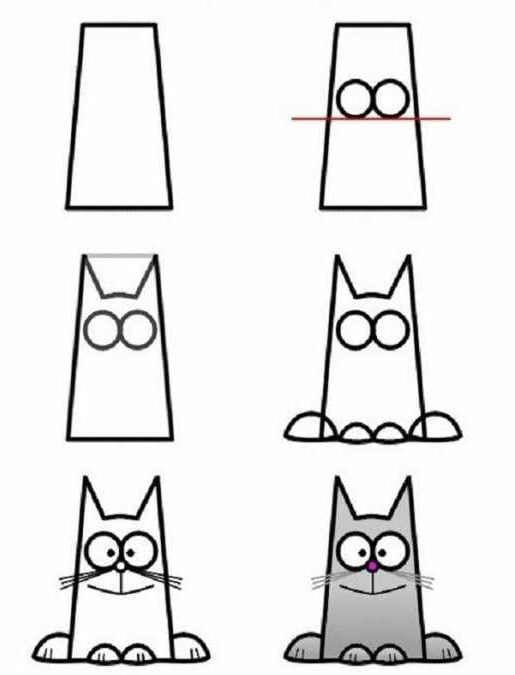 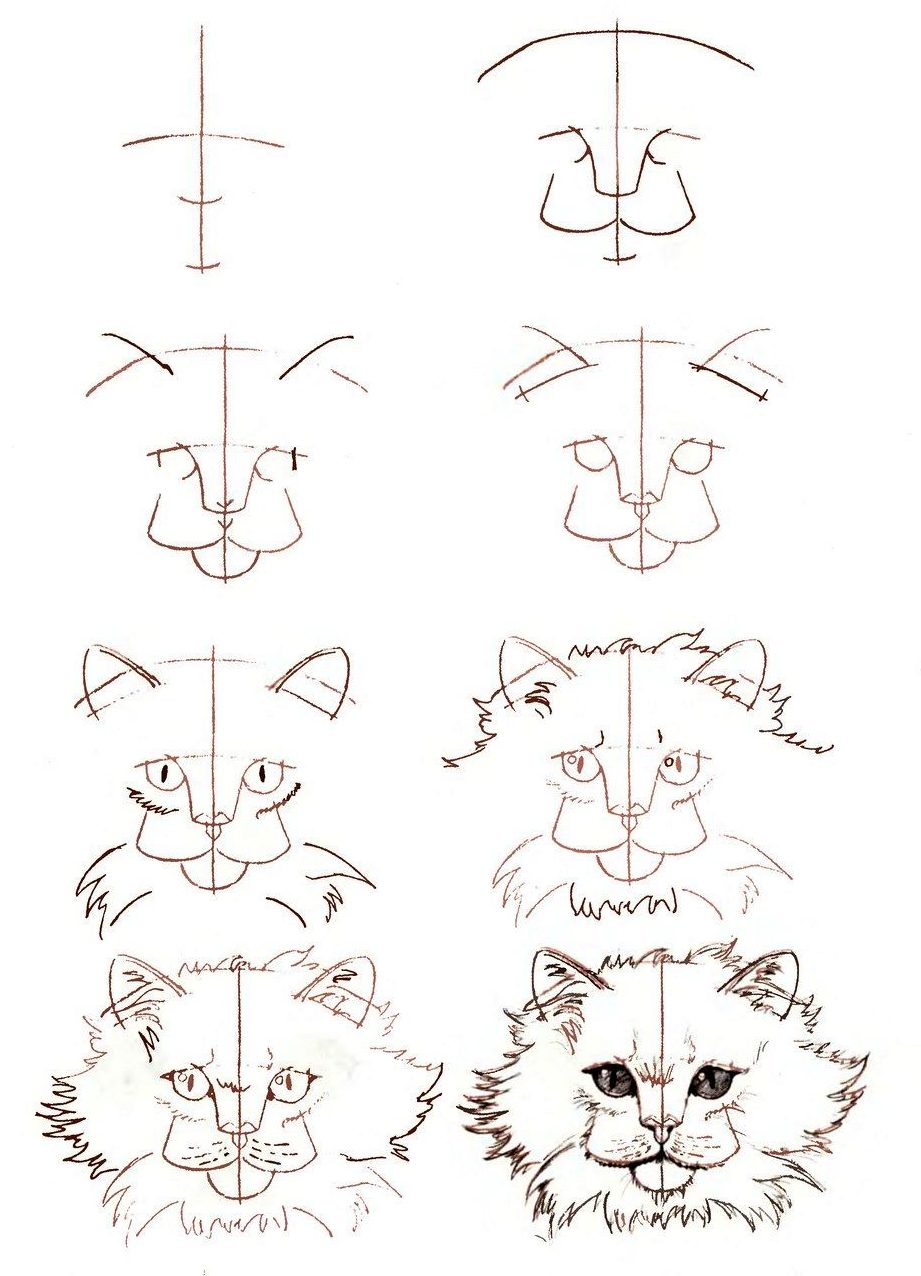 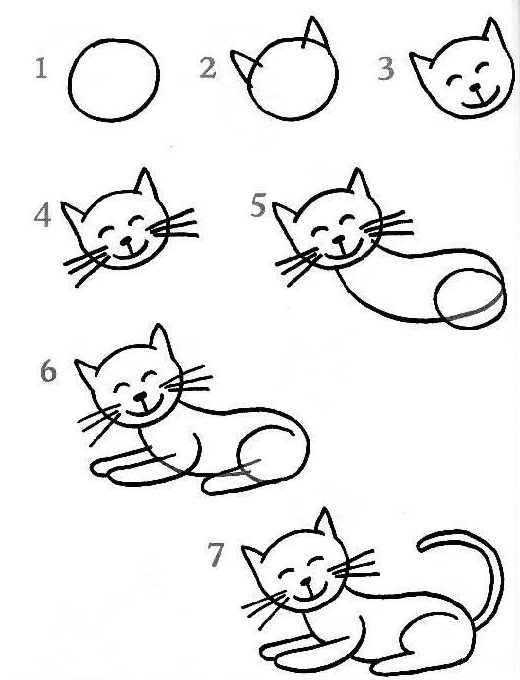 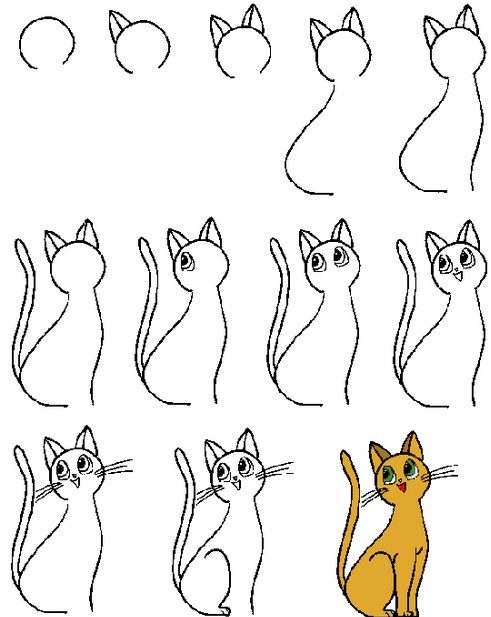 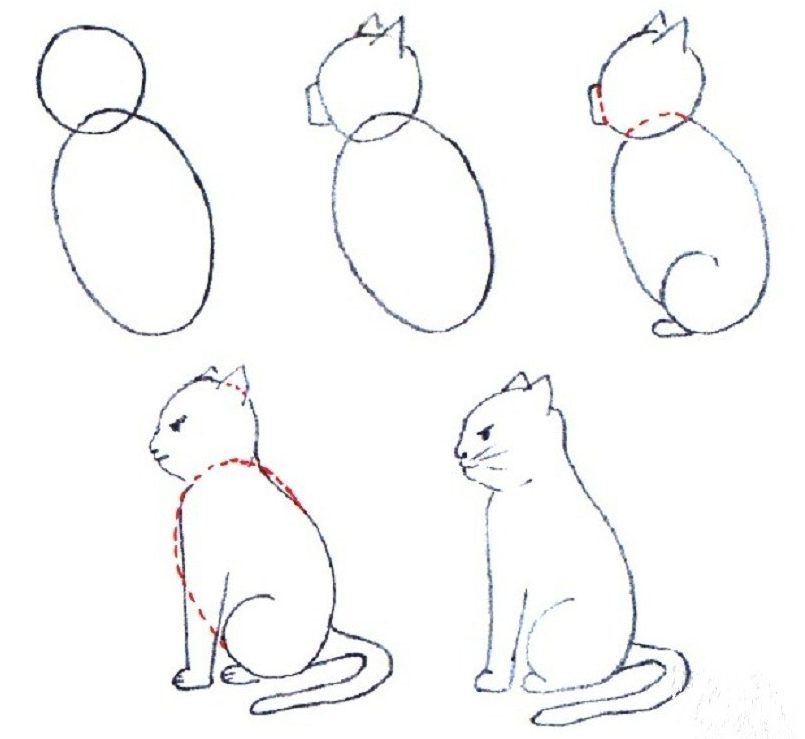 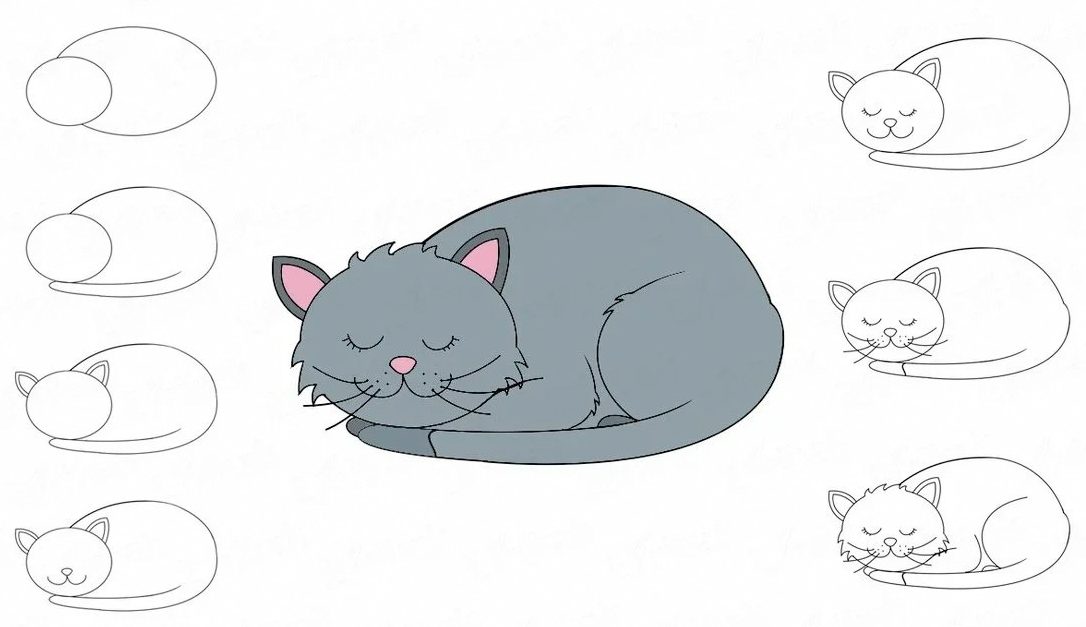 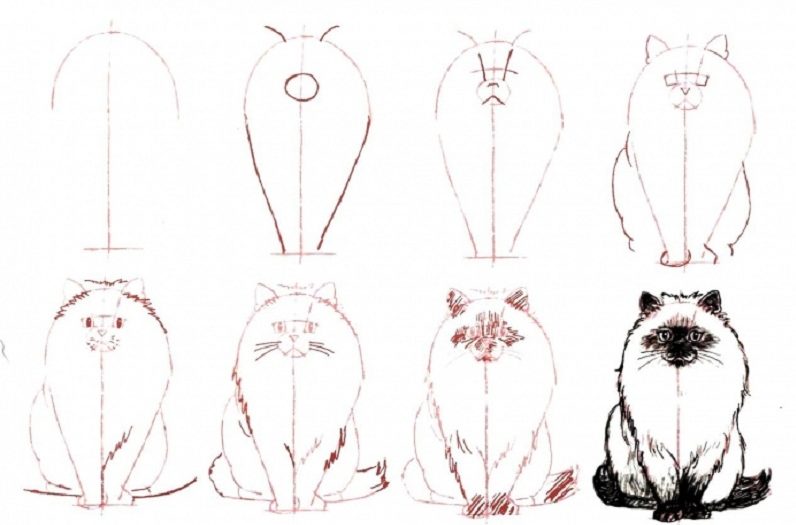 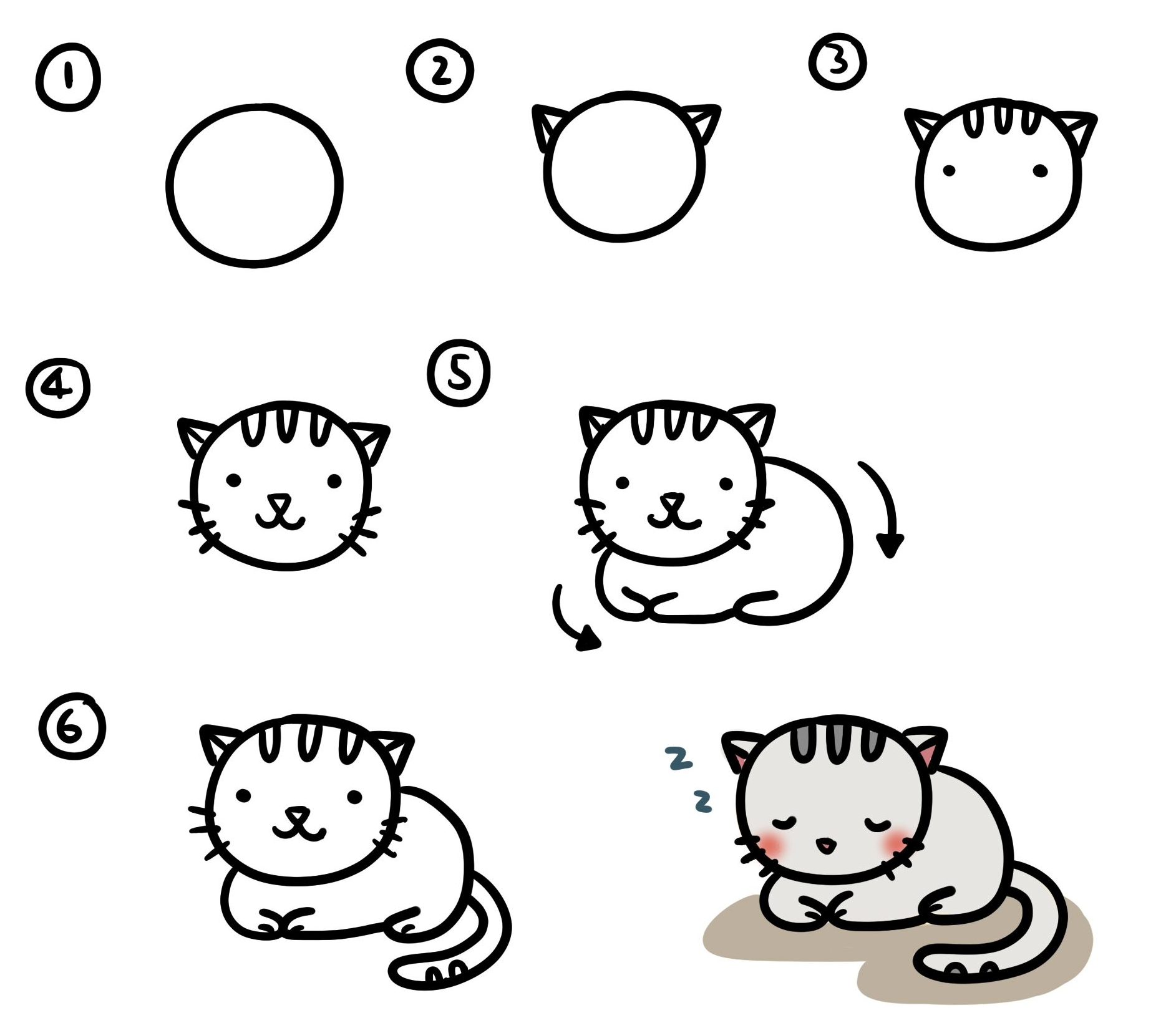 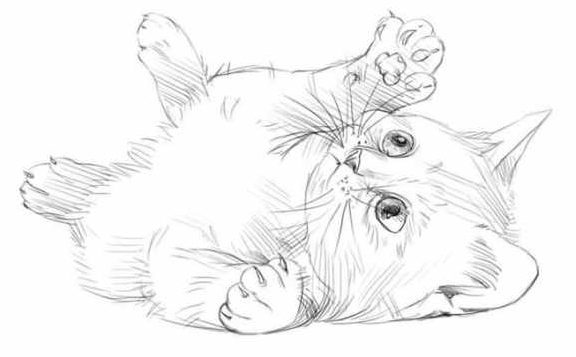