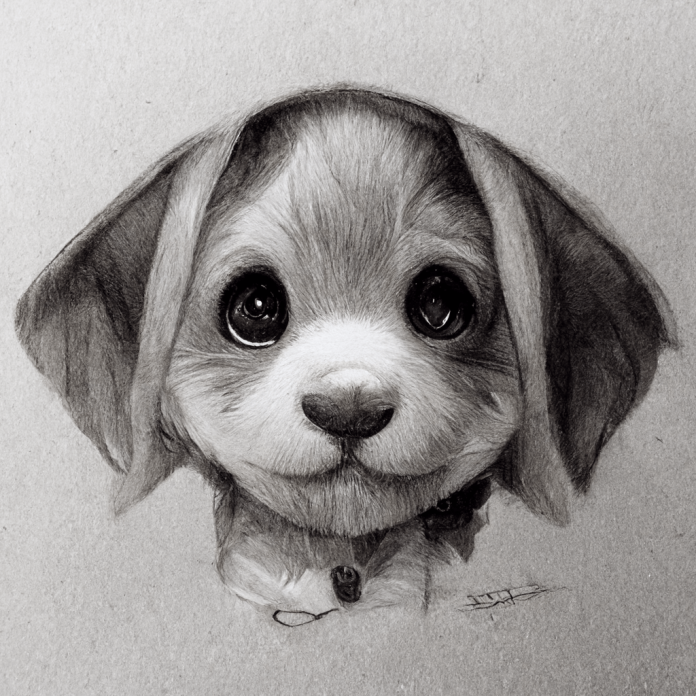 With only a simple charcoal pencil and a piece of paper, you can draw your dogs of different breeds.

How to draw a dog

1. Draw a horizontal raised line. Under it, draw a small oval, add a highlight and paint over the resulting nose.

2. From below, draw two curved lines meeting under the nose. On their tips, paint one more short line.

3. Draw the dog’s cheeks on the sides with two curved lines. 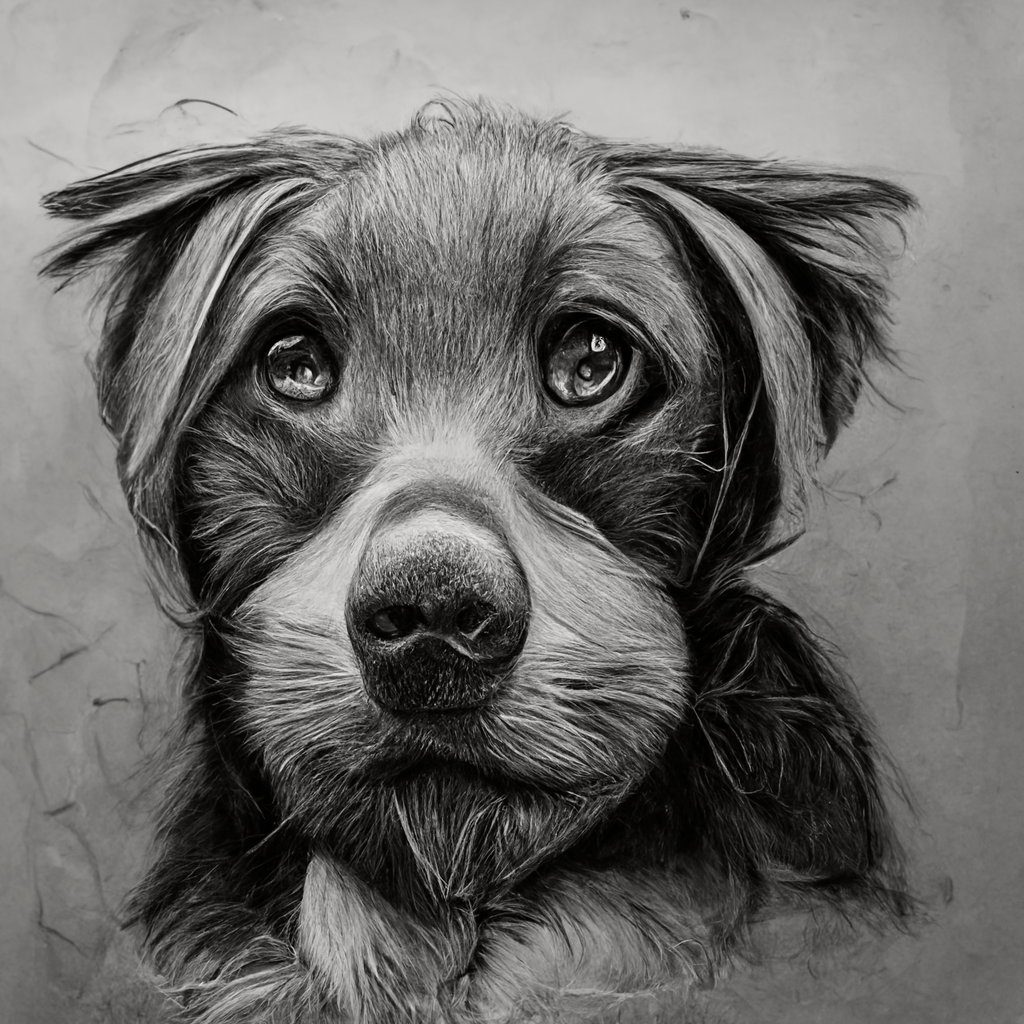 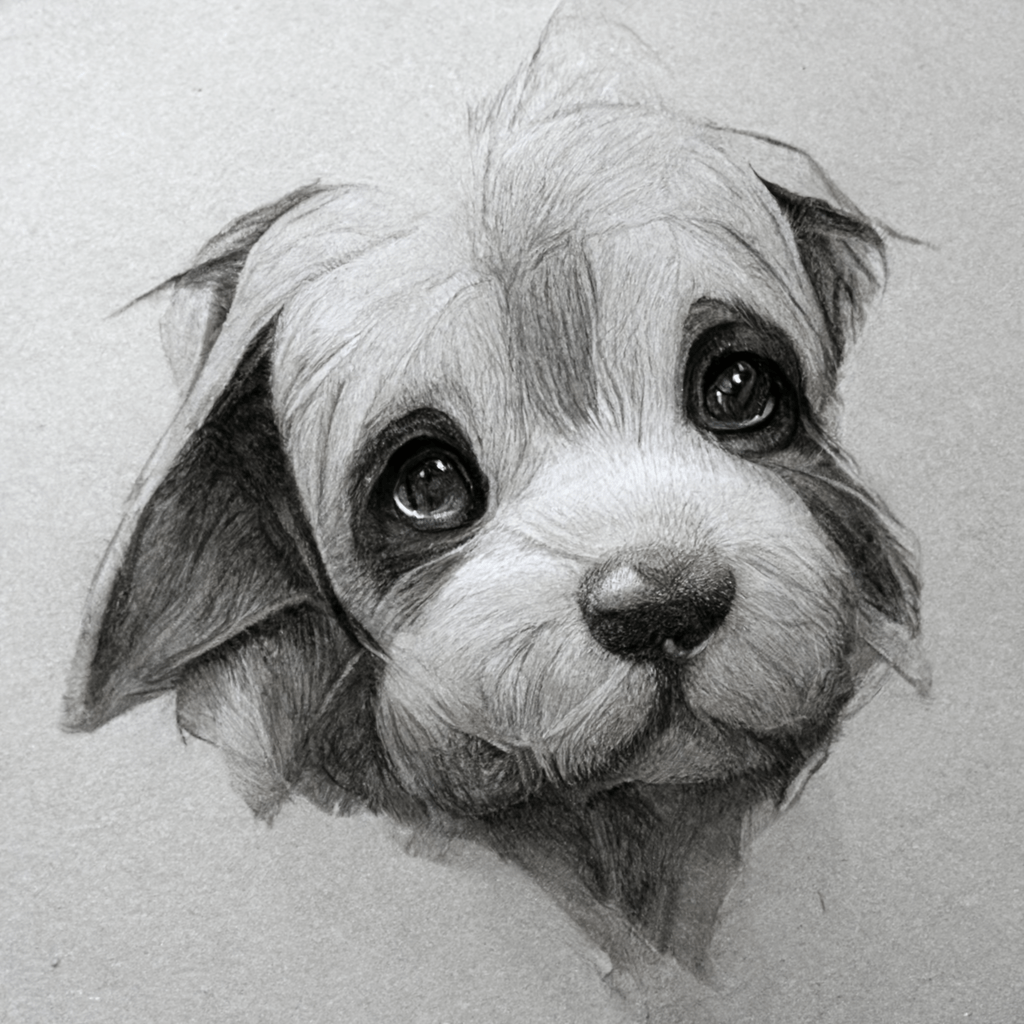 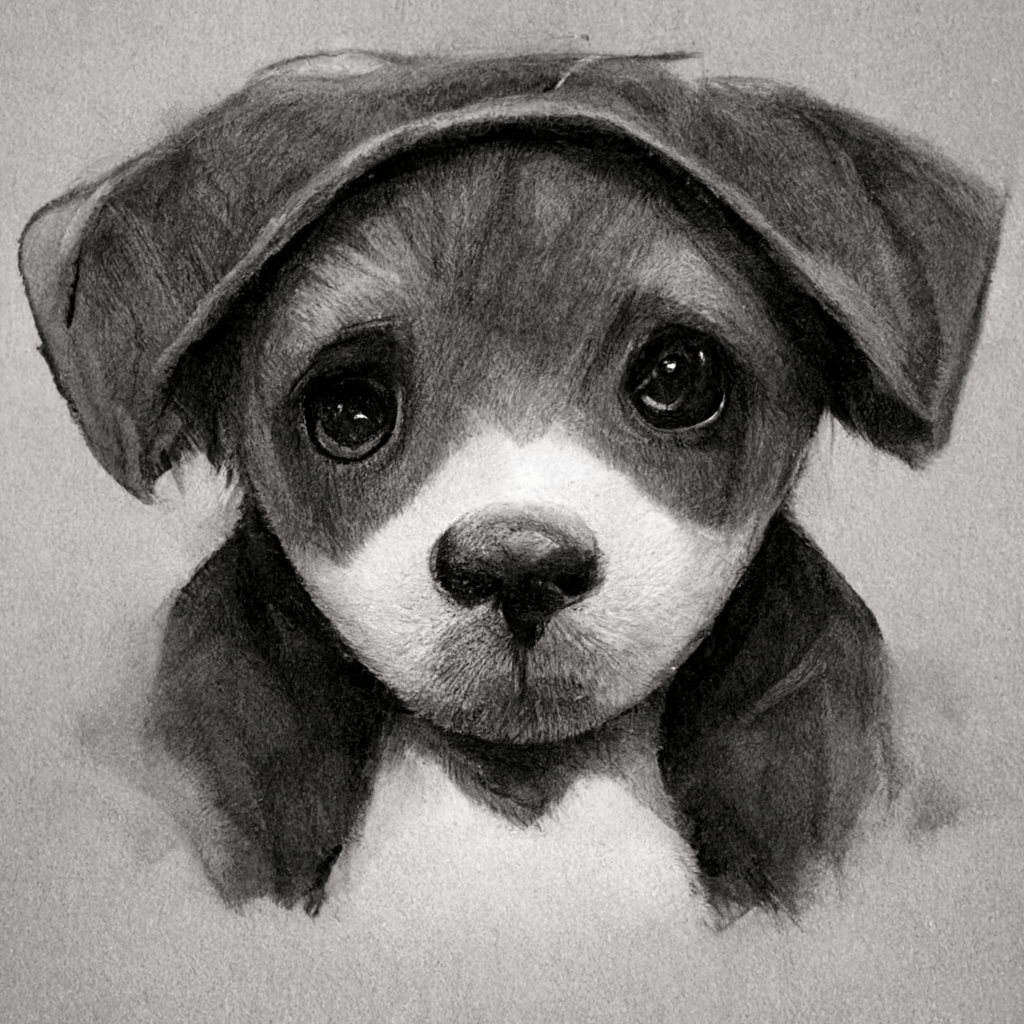 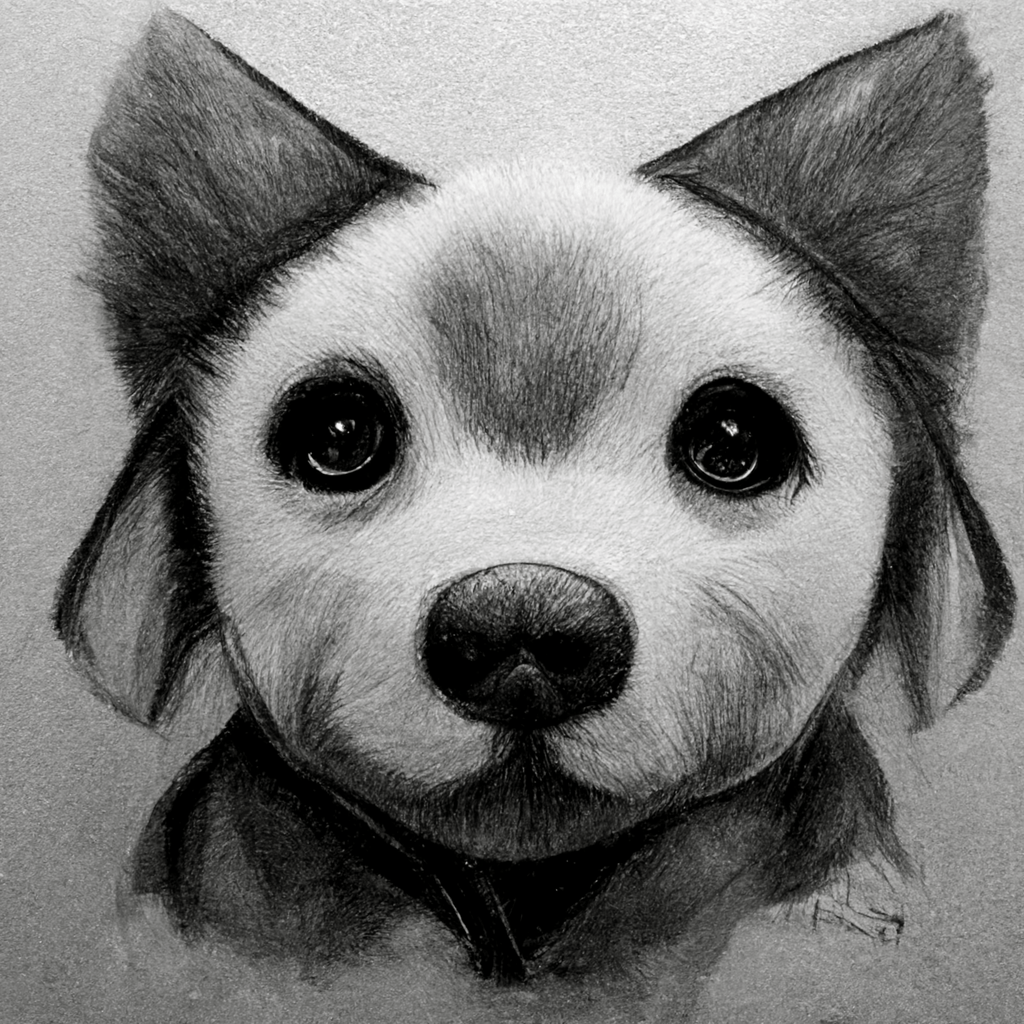 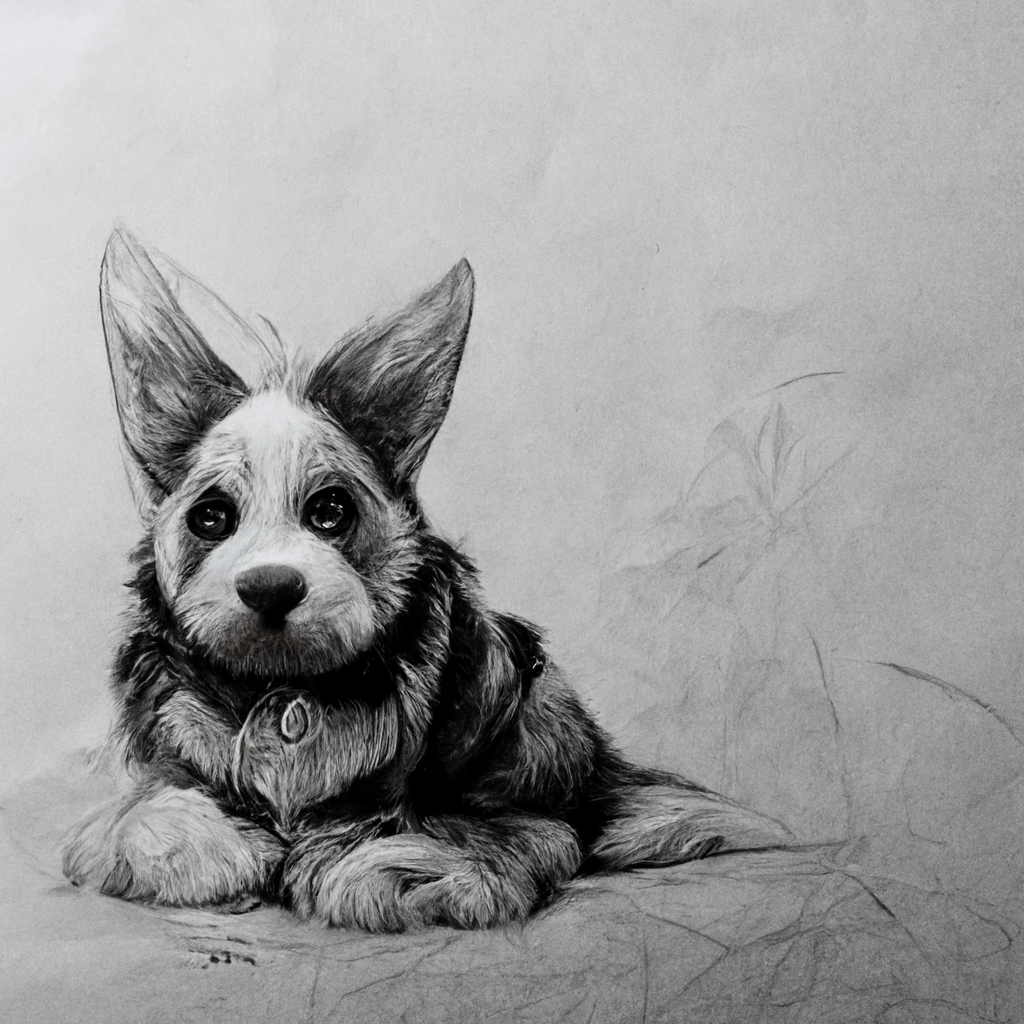 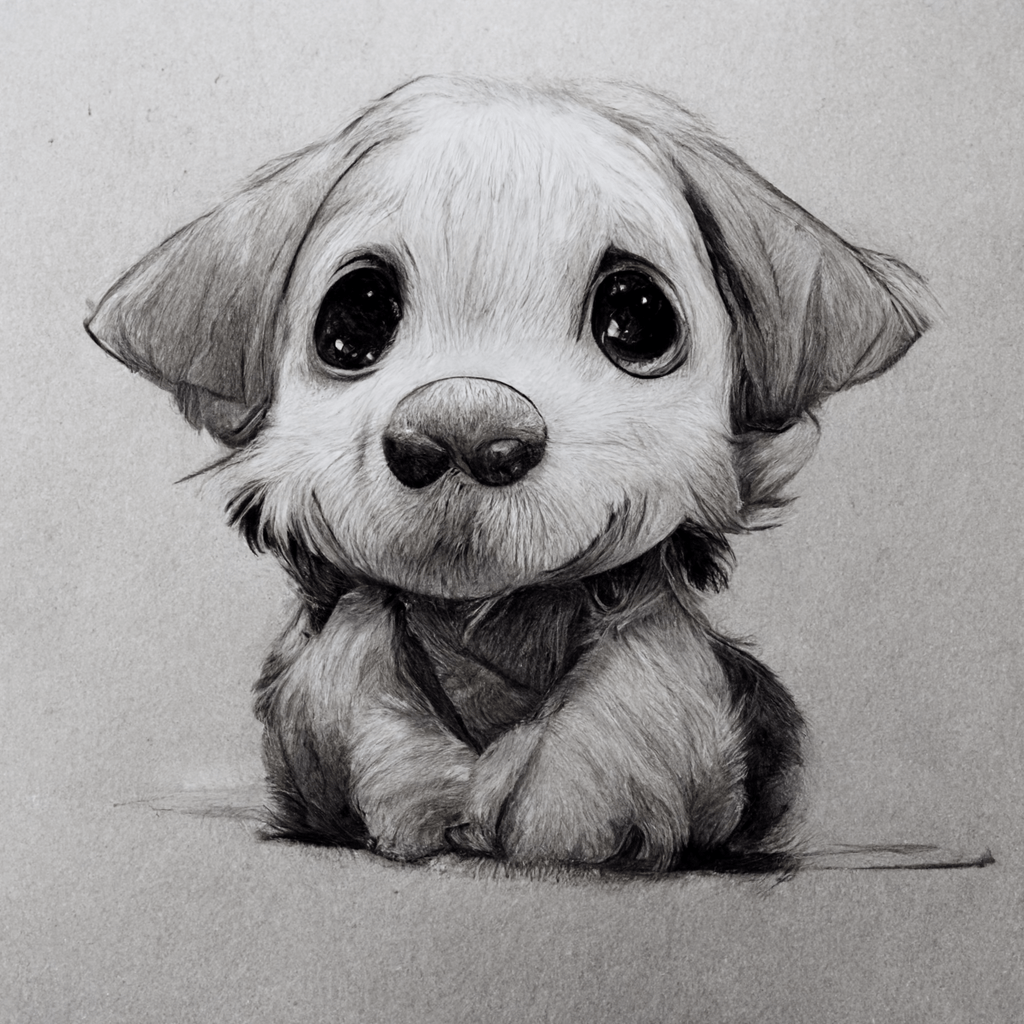 4. Down from the lips, draw two smooth lines tapering to the middle. Connect them in the center with a curved checkmark. From its edges, continue down the rounded line – this will be a protruding tongue. Draw a small line down from its base.

5. Under the mouth, behind the tongue, draw a rounded chin. Above the nose, add two vertical oval shapes for the eyes. Inside, closer to the middle, paint two smaller shapes. Mark oval highlights in them and paint over the pupils.

6. Above the eyes, draw two convex lines, and a little higher in the center – a loose fur.

7. From this fur around the edges, release smooth lines down. Round them next to the eyes and bring them to the top so that you get drooping ears. At their base, add small dashes.

8. Along the edges of the eyes, draw the head with rounded lines. Connect the left to the ear with a small dash. Put a few dots under the nose and paint over the mouth above the tongue. If desired, the drawing can be drawn with colored pencils, felt-tip pens, or markers. 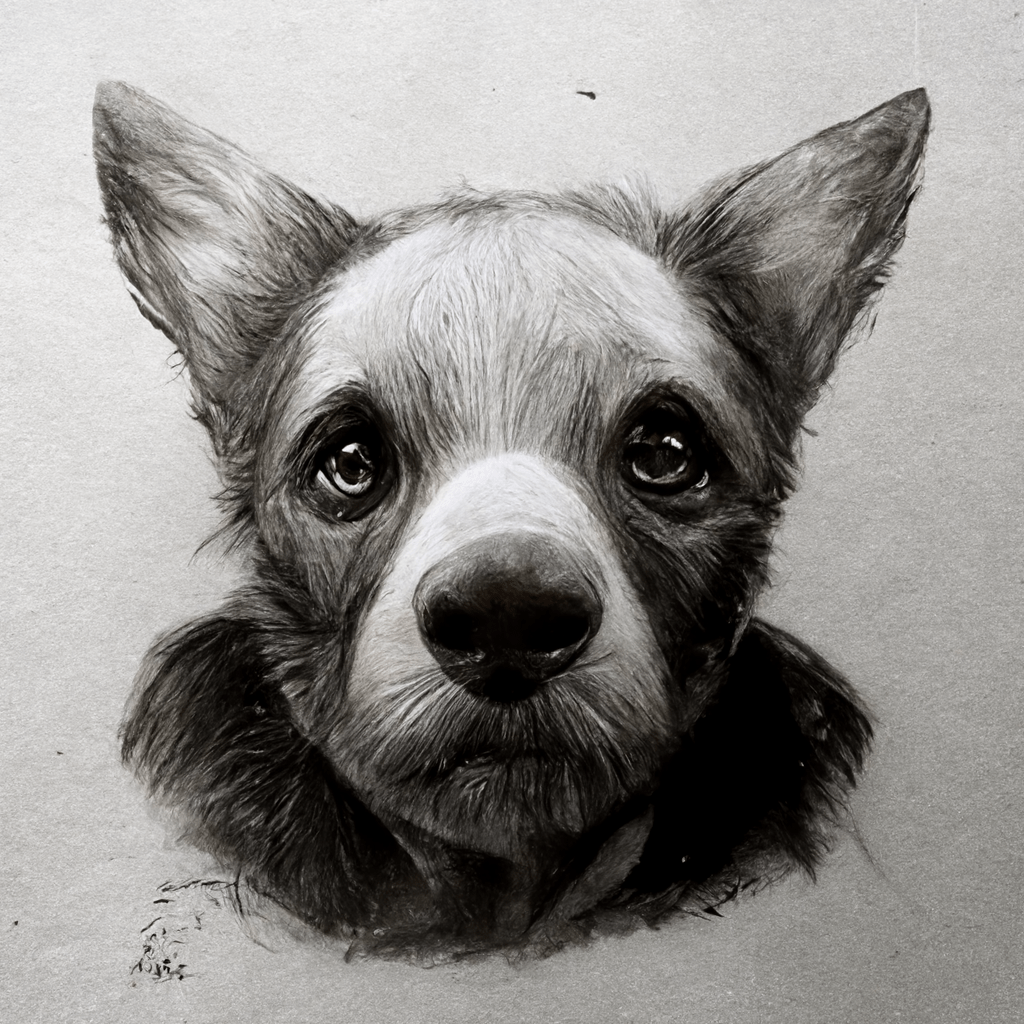 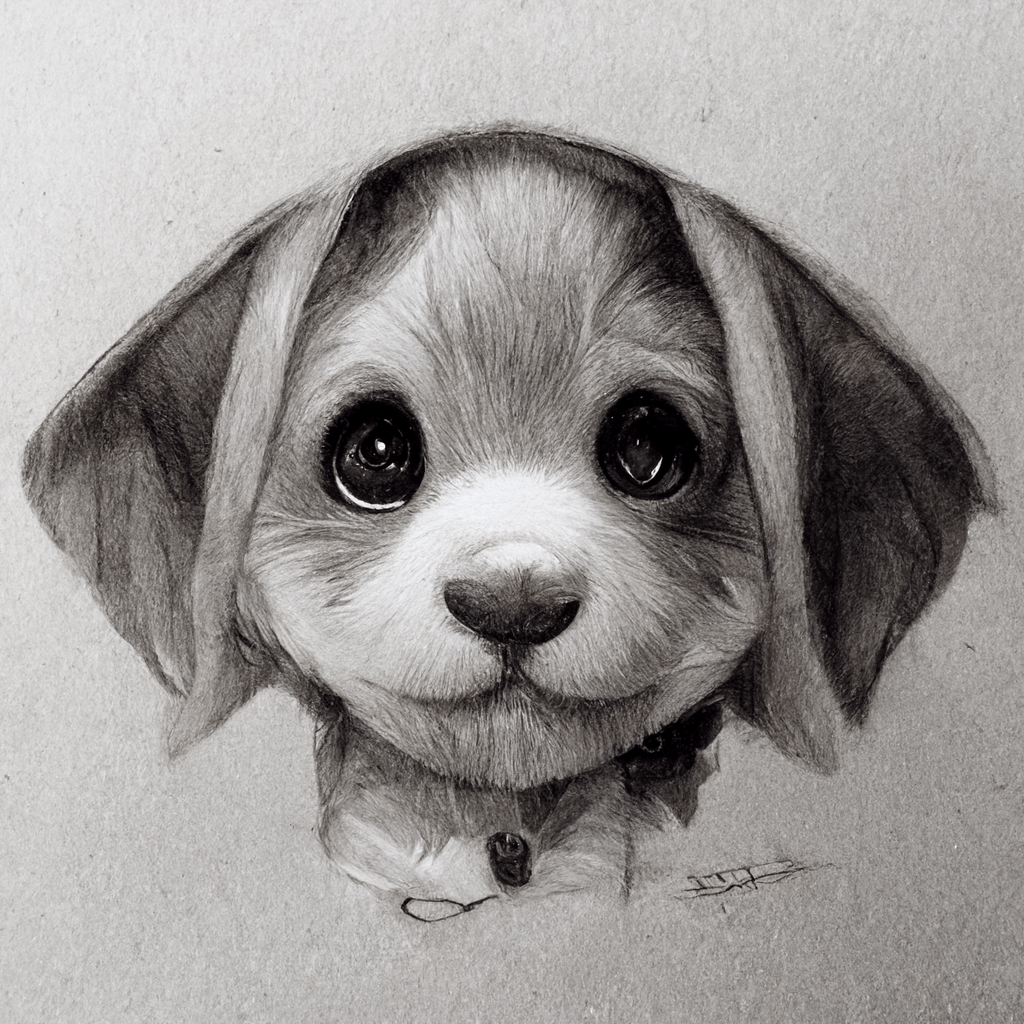 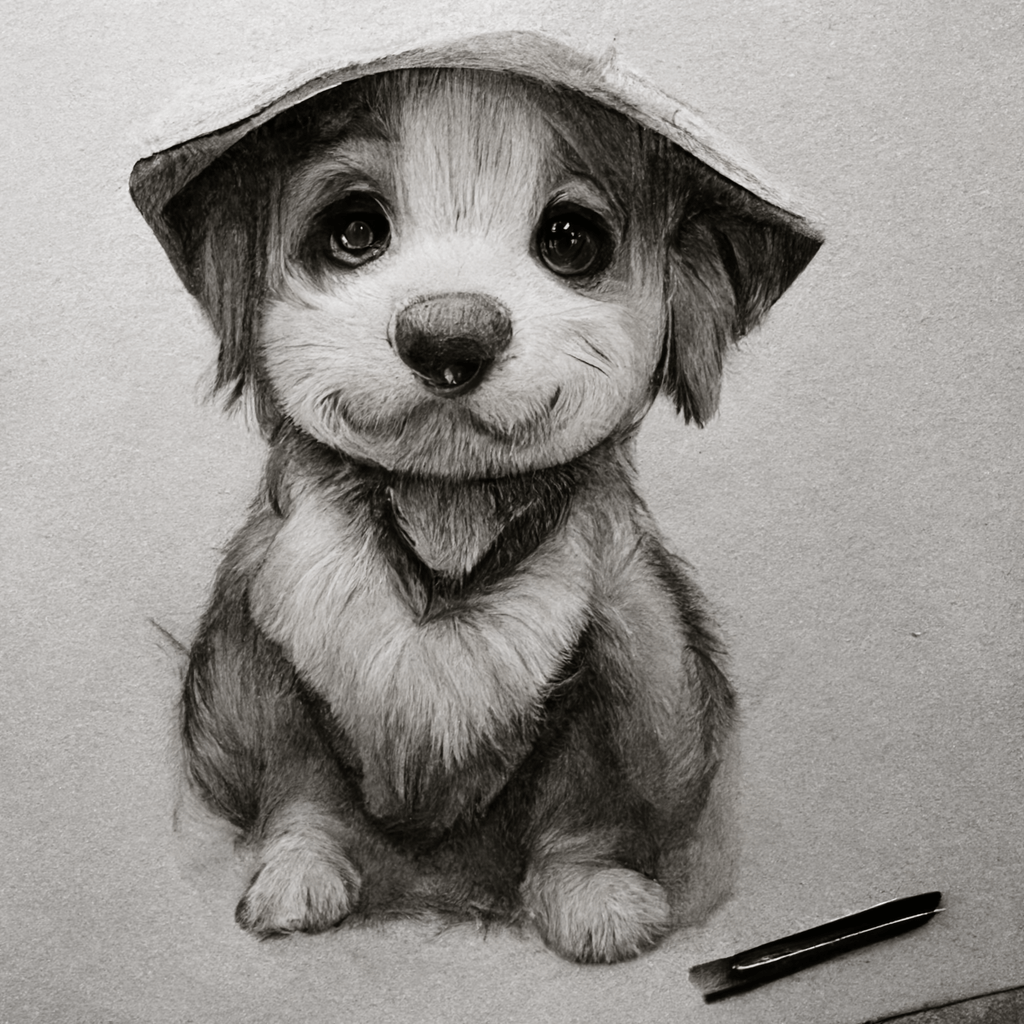 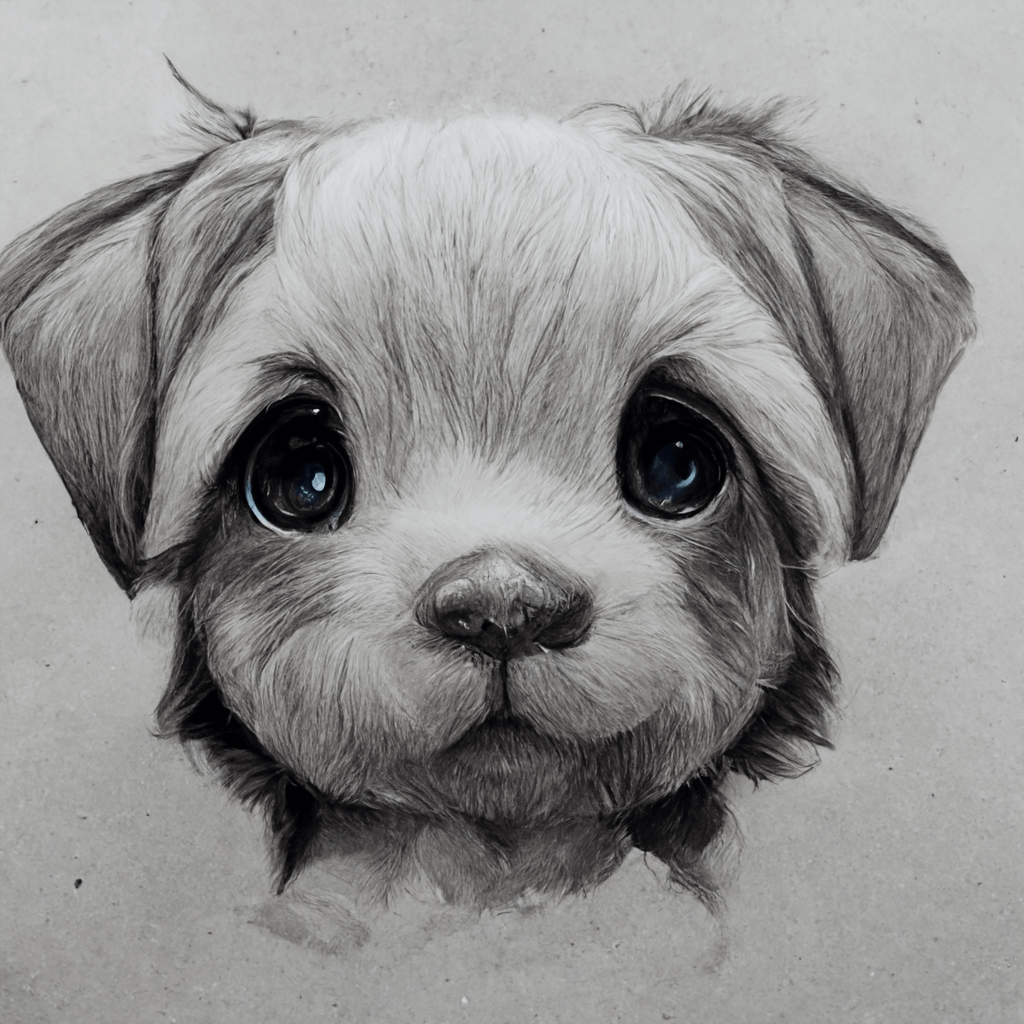 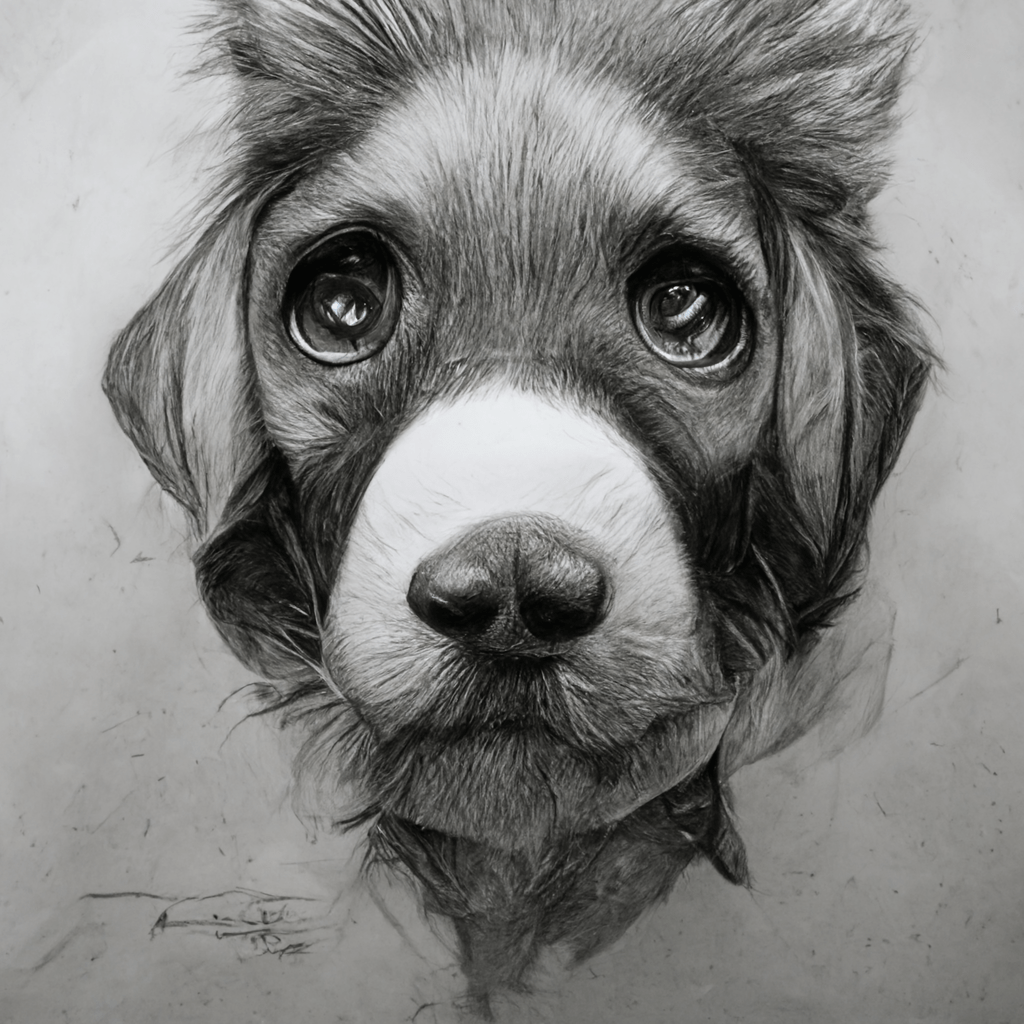 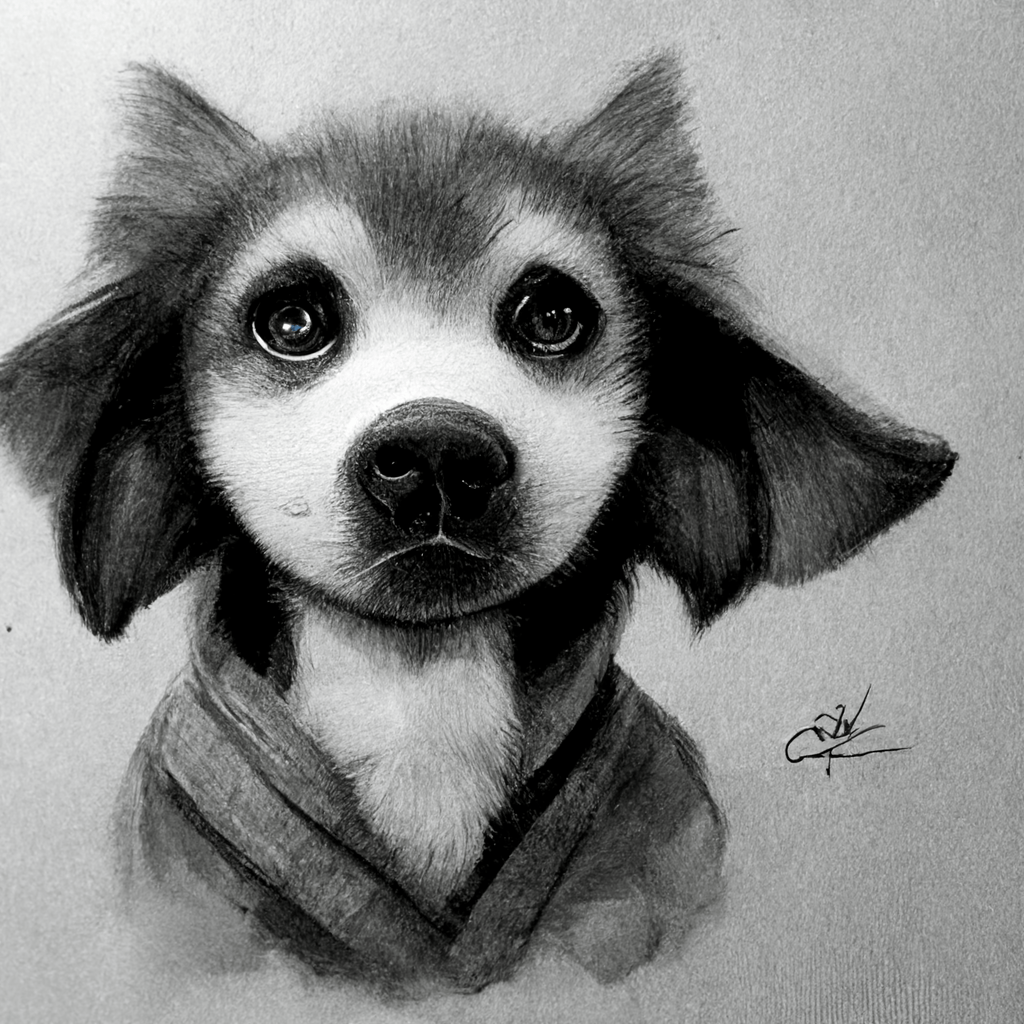 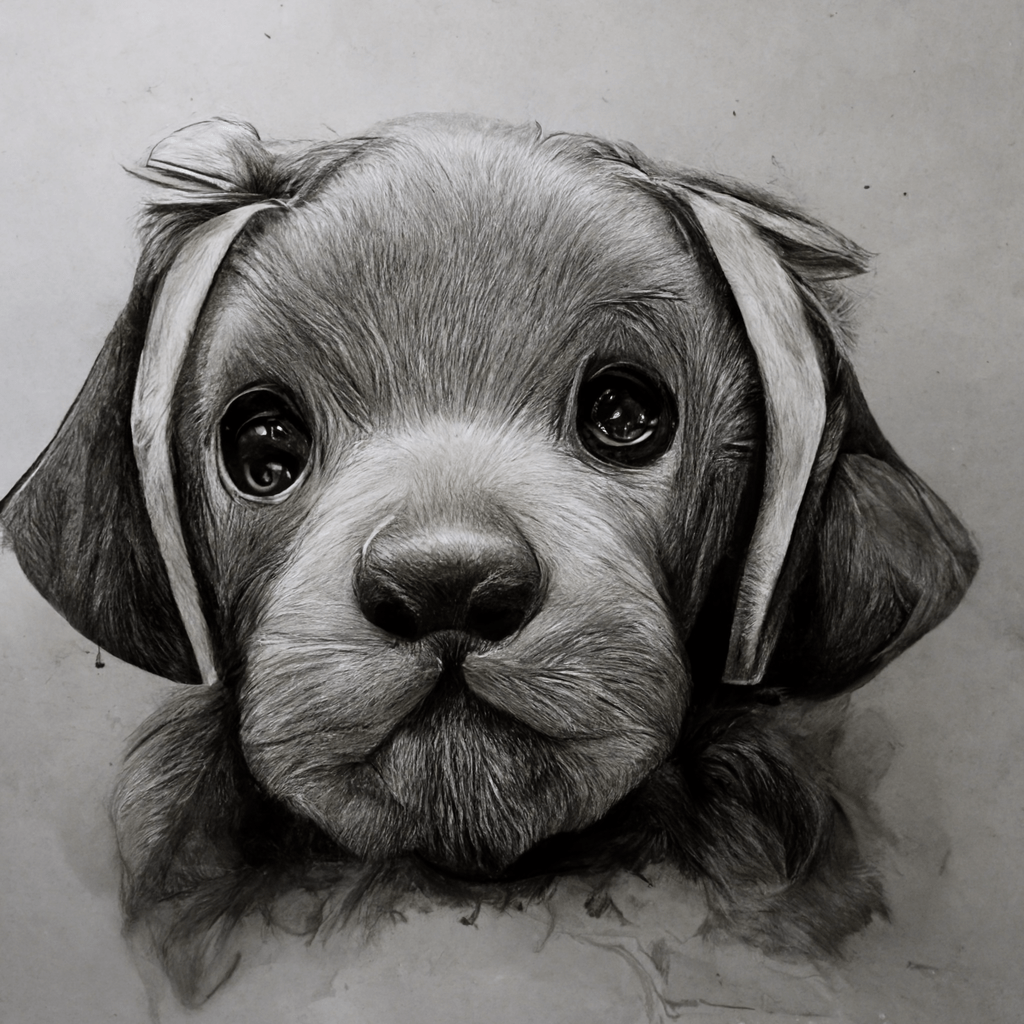 To draw such a beautiful dog, first draw a circle. Just above the middle, draw a horizontal curved line. Draw a vertical line on the top left side, as shown in the photo.

At the bottom left, going beyond the bottom edges, draw a circle of a smaller diameter than the previous one.

On the right side of the head from the inside, release a horizontal line down almost to the edge of the large circle. To the right beyond the border of the sketch, draw another slash approximately to the middle of the head. Connect it to the first one. On the left, draw another line at an angle, and draw a line down from it to a small circle. Under it on the left and under the right ear, outline the smooth outlines of the neck.

Above the horizontal line, mark the eyes, slightly elongated at the edges. The left should be slightly smaller than the right. Outline each eye from above and below with broken lines.

Draw small round highlights and pupils inside the eyes. Shade the last ones. Highlight the shape of the eyes with clearer and thicker lines. Details are in the video tutorial below. Define the eyebrows with small strokes.

Inside a circle of smaller diameter, draw an oval located horizontally. Then, pressing harder on the pencil, select the upper part of the oval and draw along the edges of the inside of the nostrils. Add between them, a little to the left, a vertical smooth line. Walk along the bottom edge of the oval with broken lines.

Draw a small vertical line under the nose. At the intersection of two circles, mark the lips. On the left, add another smooth line. Down from it, going beyond the boundaries of the circle, depict the left side of the lip. Draw a line up to the left of the nose, as shown in the photo.

Draw the lower lip with short curves. On the right, slightly go beyond the border of the smaller circle and continue the lip up along its border with strokes.

With broken lines, depicting wool, circle the sketch of the right ear. Make the bottom and left parts smoother. On the left, closer to the edge, add a little more fur.

Boldly outline the top of the head. With dashed lines, designate the left ear, drawing its right side next to the eye. At the top left, add volume to the image by drawing a vertical smooth line with dashes. Make the lower edge of the ear narrower. Draw the fur on the neck.

Draw hair around the eyes, under the right ear, and on the neck. Erase pencil sketches where possible. If any necessary lines are erased, just redraw them.

Shade the eyes and nose, leaving a highlight on the last – a light strip.

Shade the rest of the head, considering the direction of hair growth. Darken under the nose and eyes, at the edges of the ears, and on the neck. Add dots above the lip.