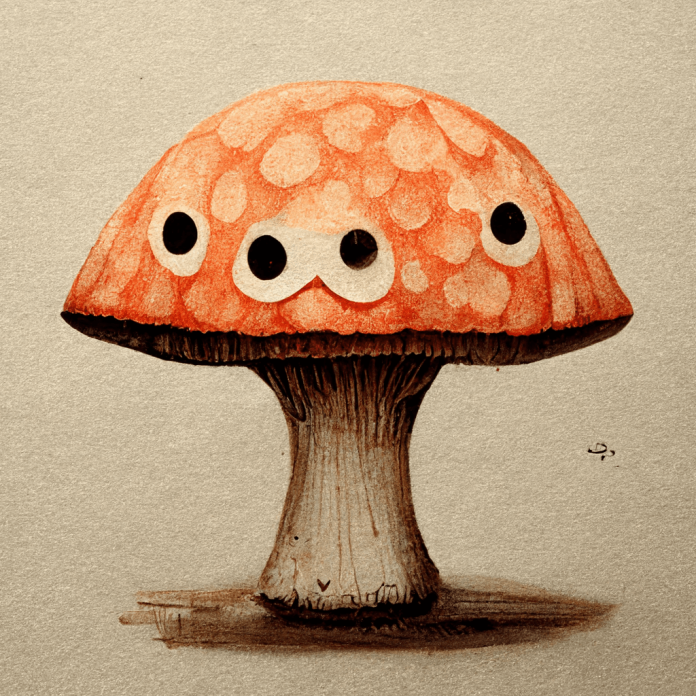 Mushrooms – appear most often after rain in the forest. You may not notice mushrooms right away, but an experienced mushroom picker knows under which bush to look for them. Drawing these tasty but dangerous and poisonous mushrooms with a pencil is quite simple if you follow the simple instructions in this article.

1. Everything is very simple. draw an oval

2. Draw a rounded line from it (expand the oval).

4. Add details as you imagine and you got a wonderful mushroom.

In this post, I will show you how to draw mushrooms step by step with a pencil. It will be quite easy, so you can safely draw. We will try to draw a white mushroom, and then a fly agaric. Let’s start drawing. 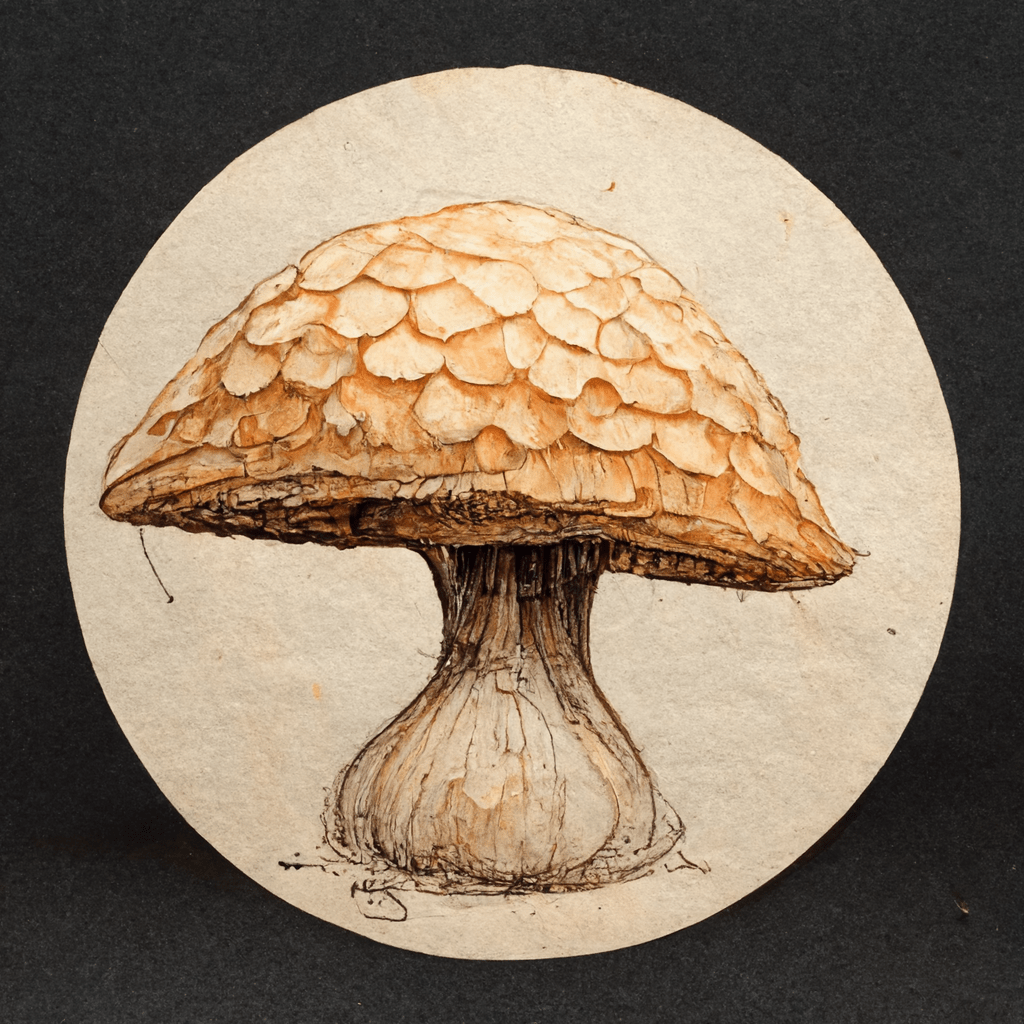 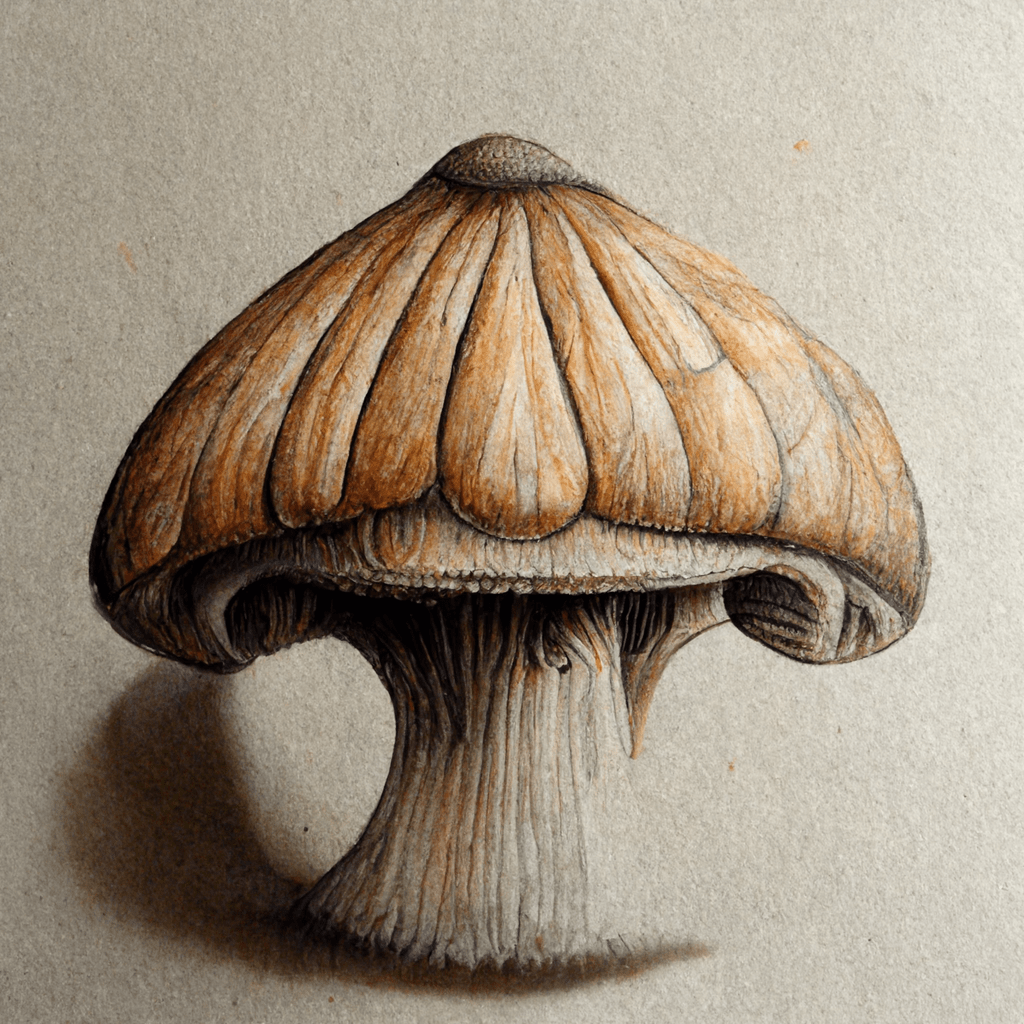 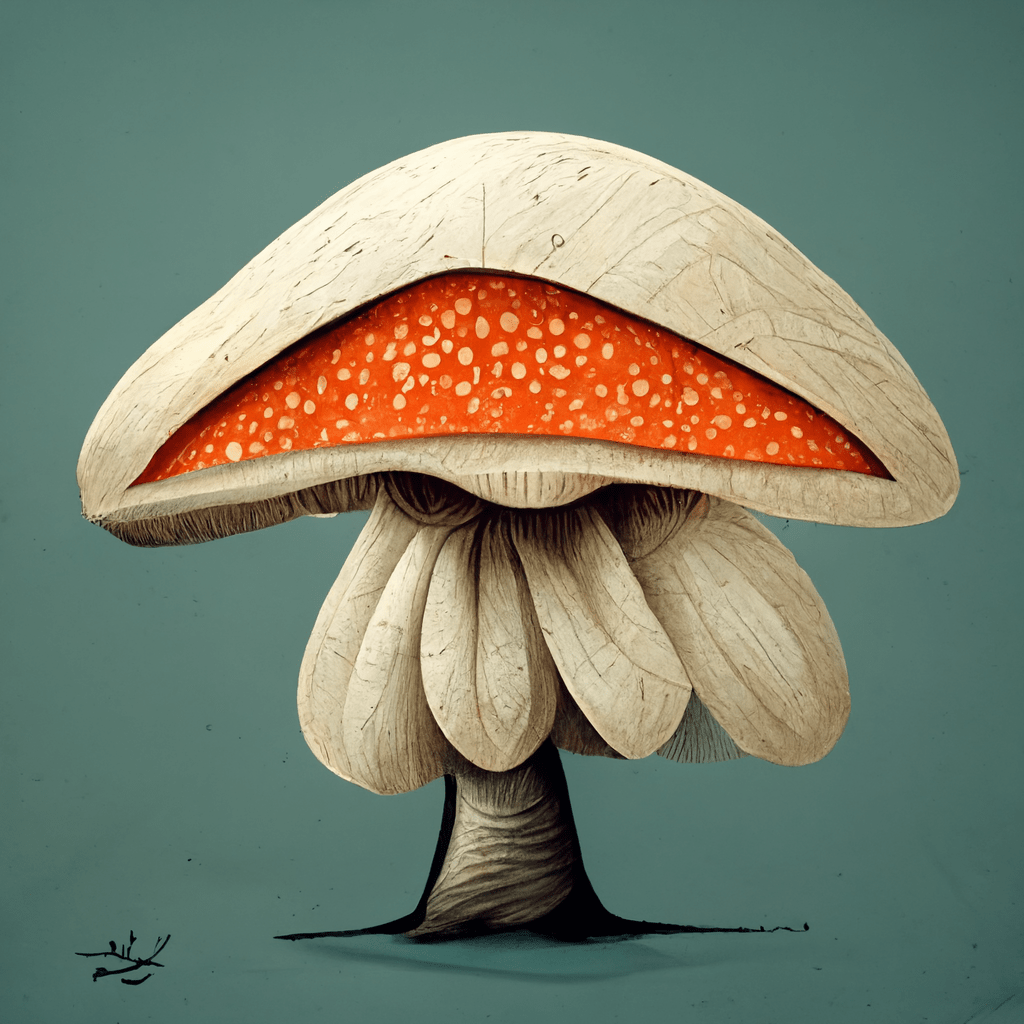 How to draw a white mushroom step by step

We start drawing a mushroom from a circle, This circle will serve as the basis for the hat, try to make it neat.

Below we draw another circle, already smaller. This will be the stem of the mushroom, so it should intersect with the top circle. According to these lines, we form a mushroom, that is, we remove the bottom from the upper part and the top from the bottom. We bring the leg to the edge of the mushroom cap, and round the edges of the cap.

The rear edges of the cap must be rounded and brought to the very stem of the mushroom. Draw grass near the base of the leg so that everything looks beautiful and pleasant.

Now it remains only to color the mushroom. 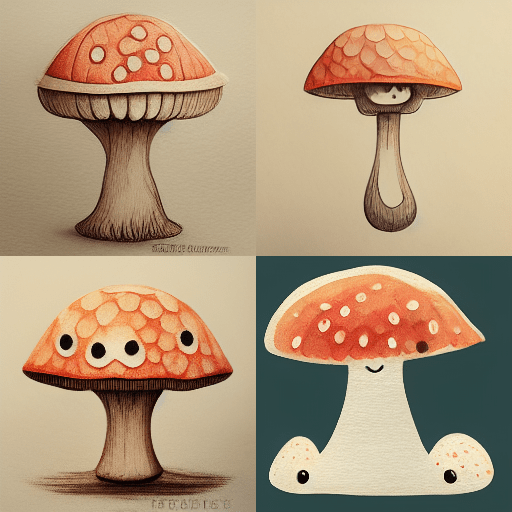 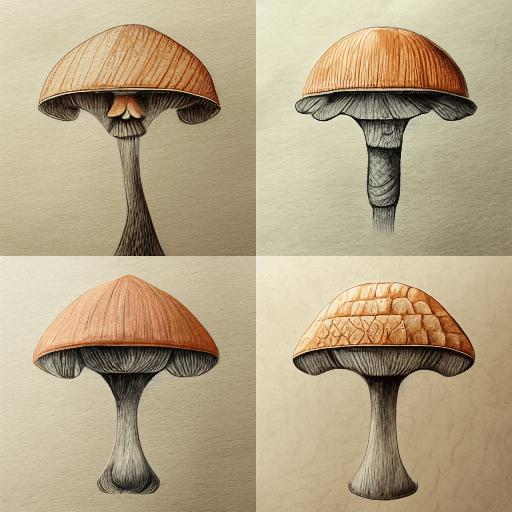 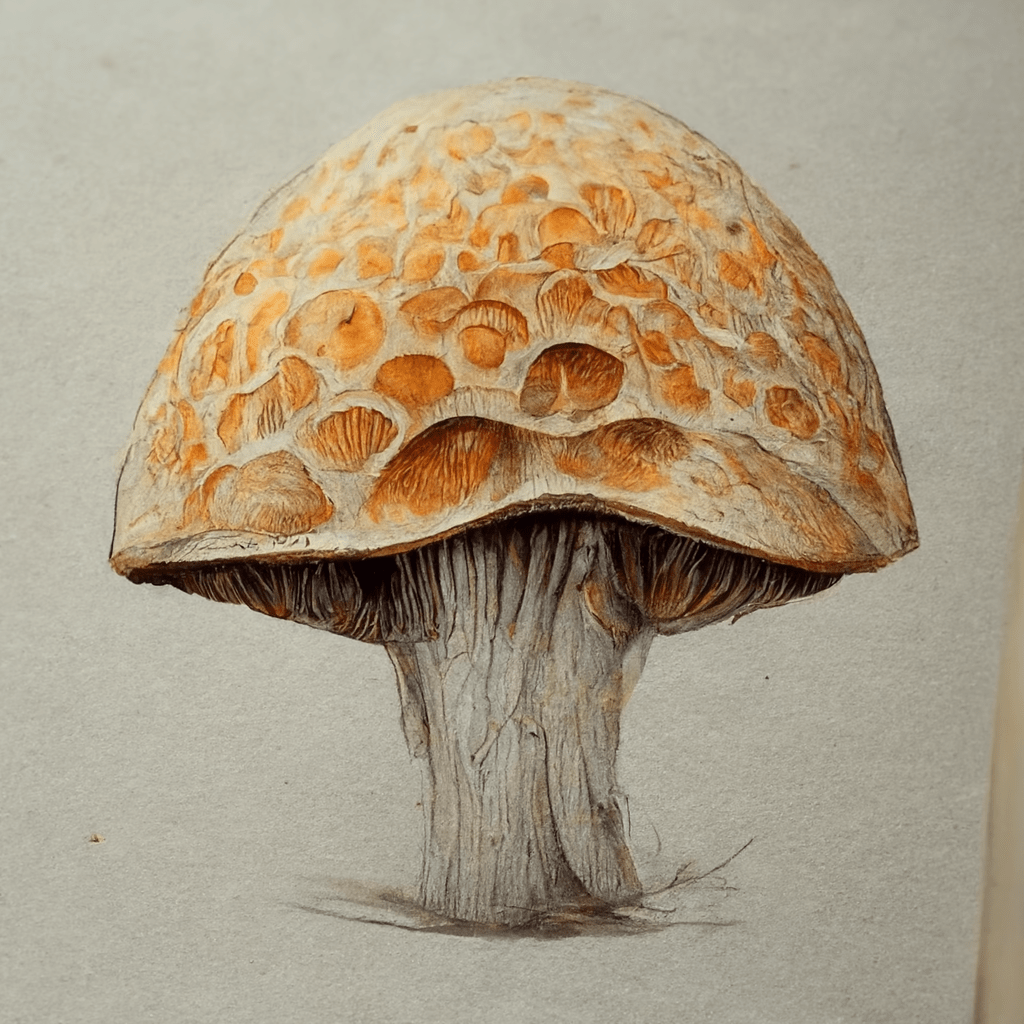 How to Draw a Trippy Mushroom

And now let’s try to draw a mushroom in stages more difficult – it will be a dangerous handsome fly agaric. It has a long stem and a bright red hat. Let’s draw the base of the mushroom – an oval instead of a hat, and from the center of the oval, we will draw a base for the leg.

On top of the oval, draw a rounded triangle, as shown below. In addition, you need to draw the leg of the mushroom and the folds extending from the base.

On the leg, you need to draw something that looks like a mushroom skirt, I don’t know what it’s called.

Our fungus is almost ready! Add details to your liking and color. I used light yellow for the stem and bottom of the mushroom cap, and red for the cap itself.

Fly agaric cannot be imagined without white spots on the mushroom cap, so draw them. You can also draw a couple more mushrooms, grass, and so on.

I want to know that the lesson was useful to you, and now you know how to draw mushrooms in stages with a pencil.

In this article, we will talk about how to draw a mushroom. Mushrooms are very different in shape, size, and color, there are edible and inedible, but there is one thing that unites them, this is the leg and the cap. Graphic artists love to draw mushrooms, and illustrate fairy tales, they often give them human traits, good or evil. 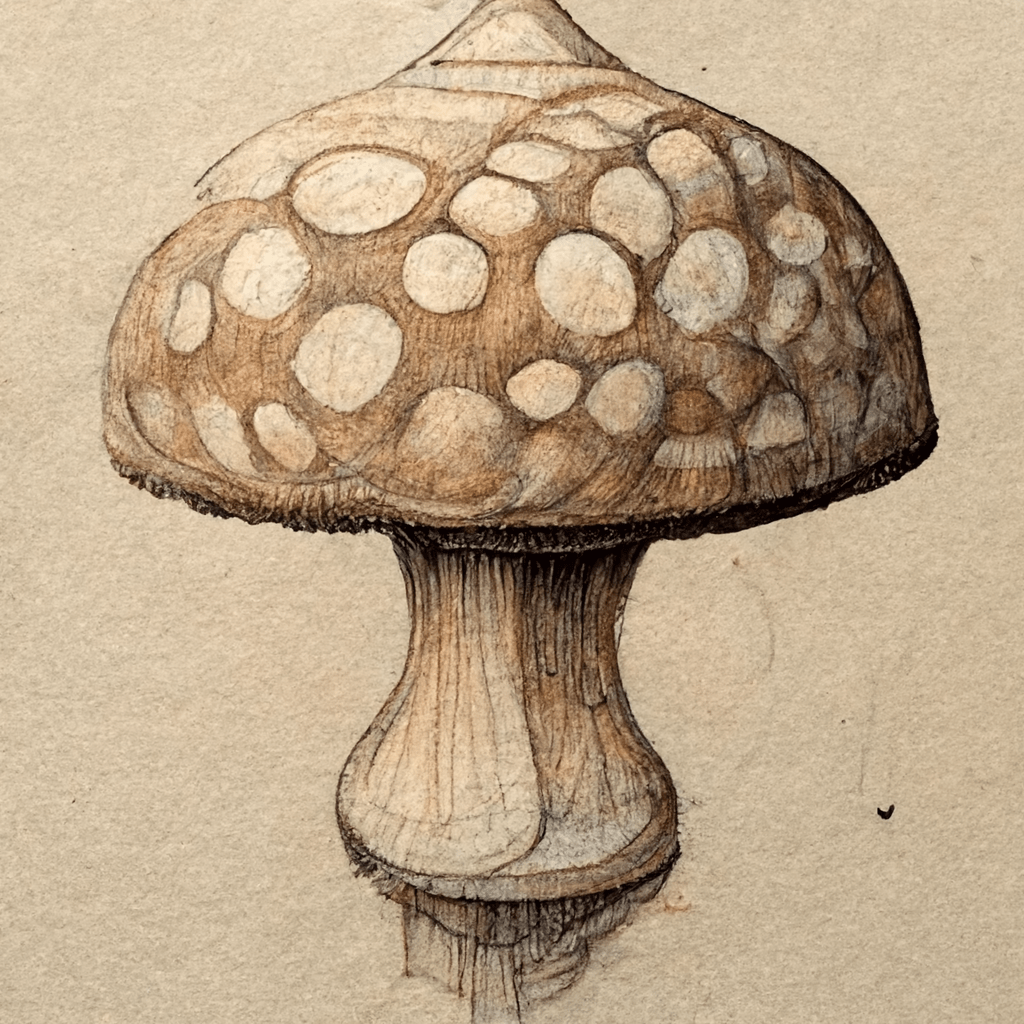 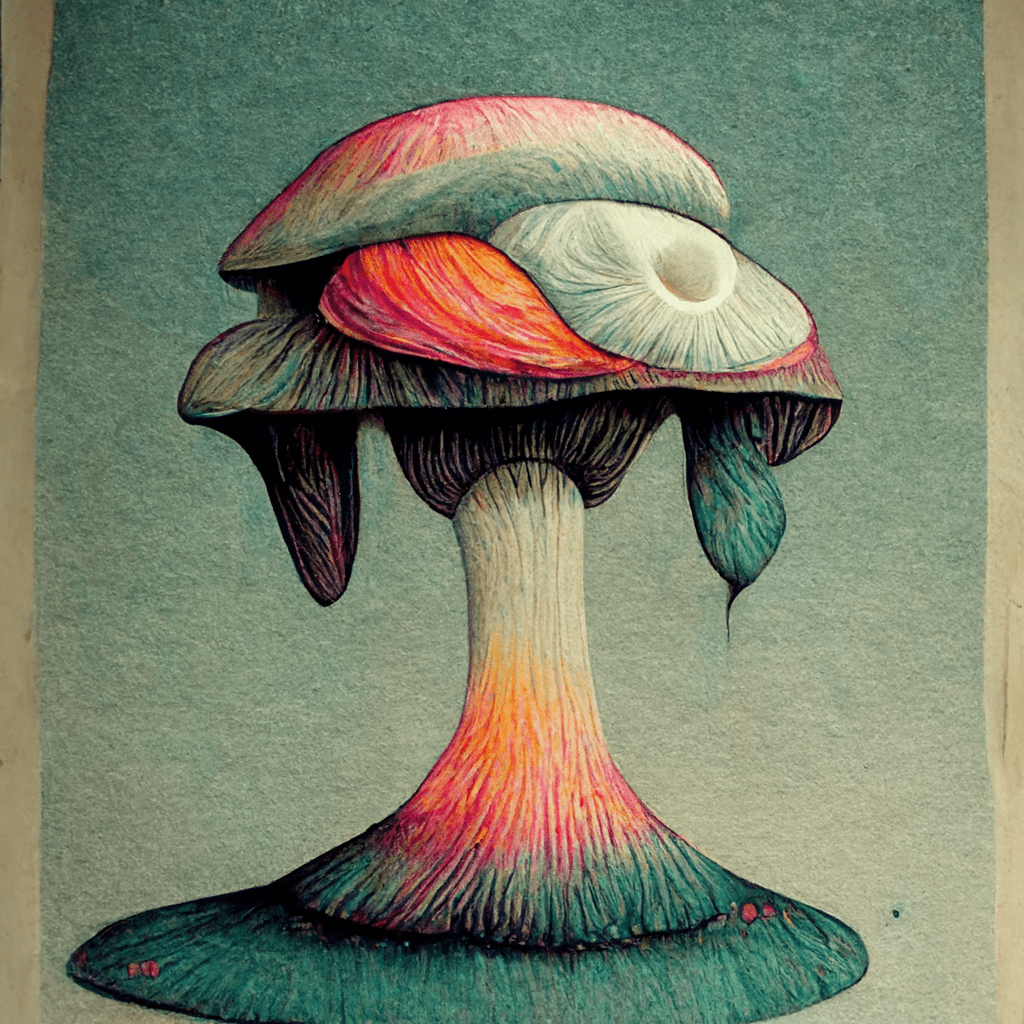 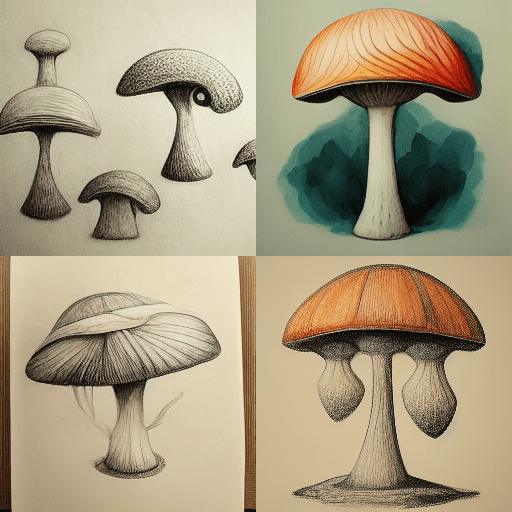 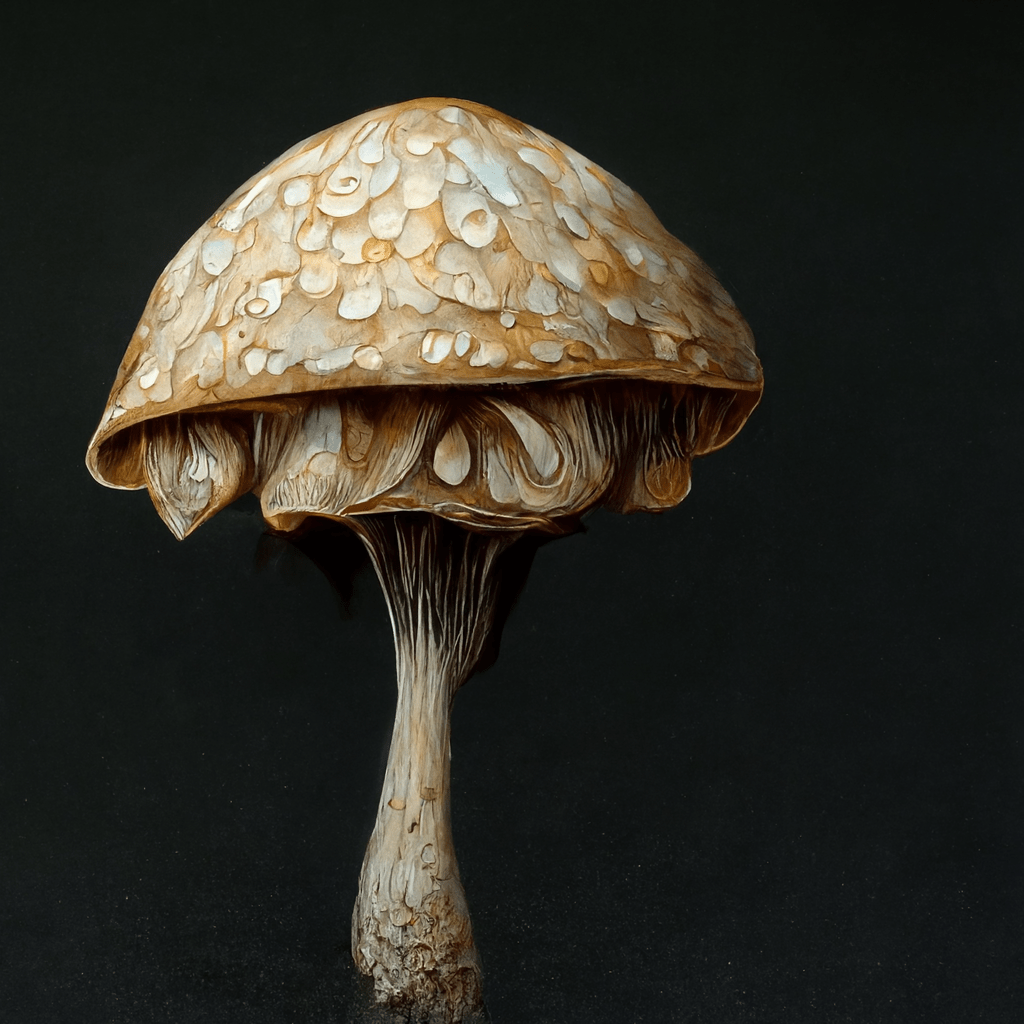 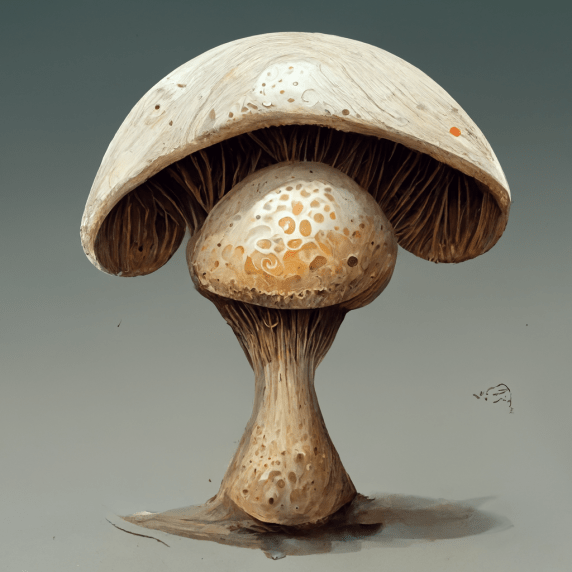 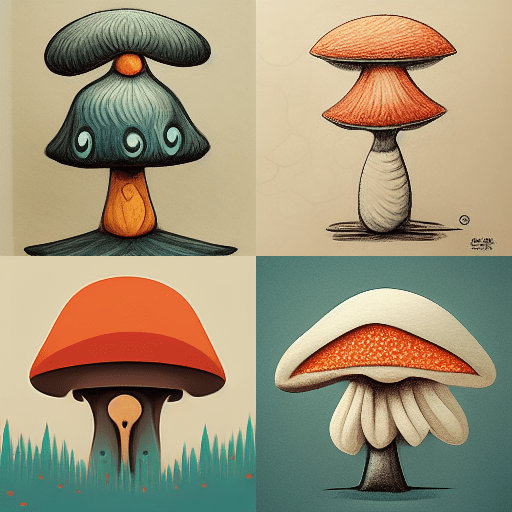 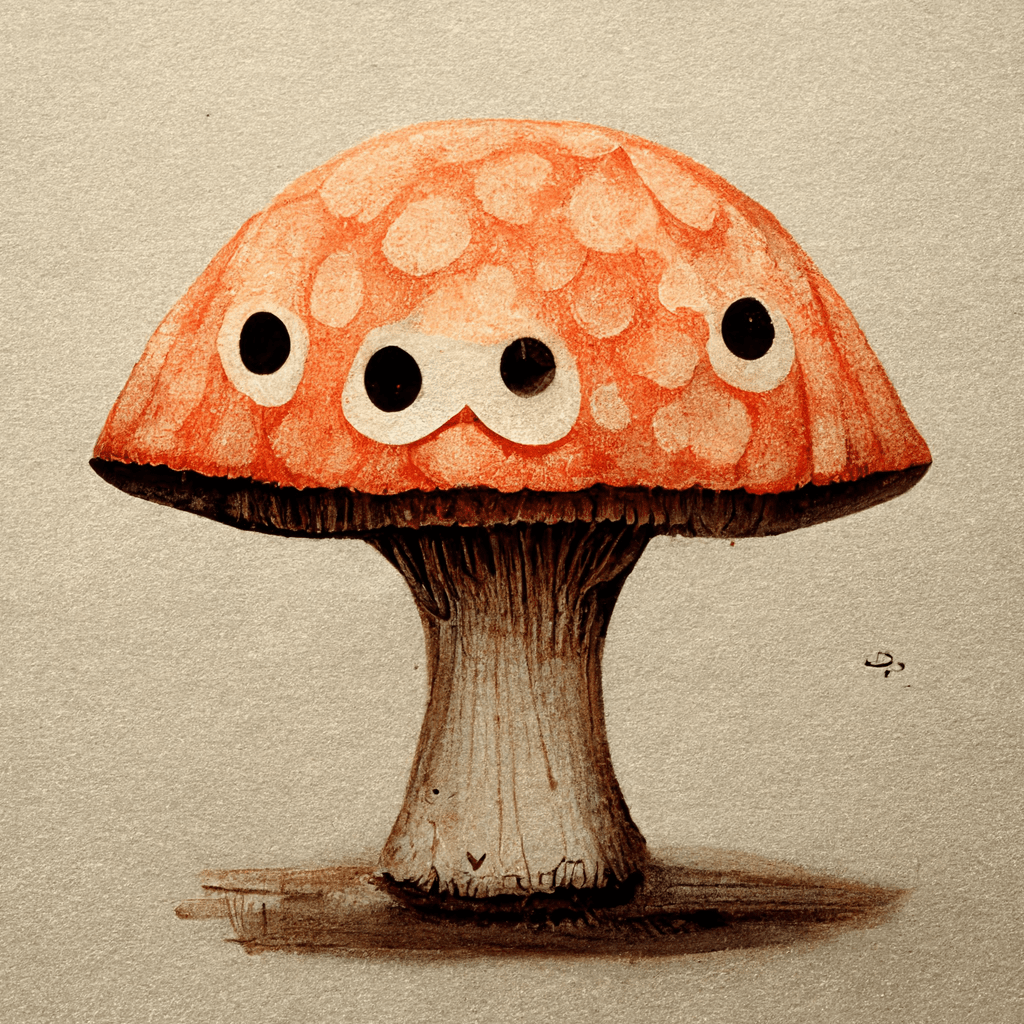 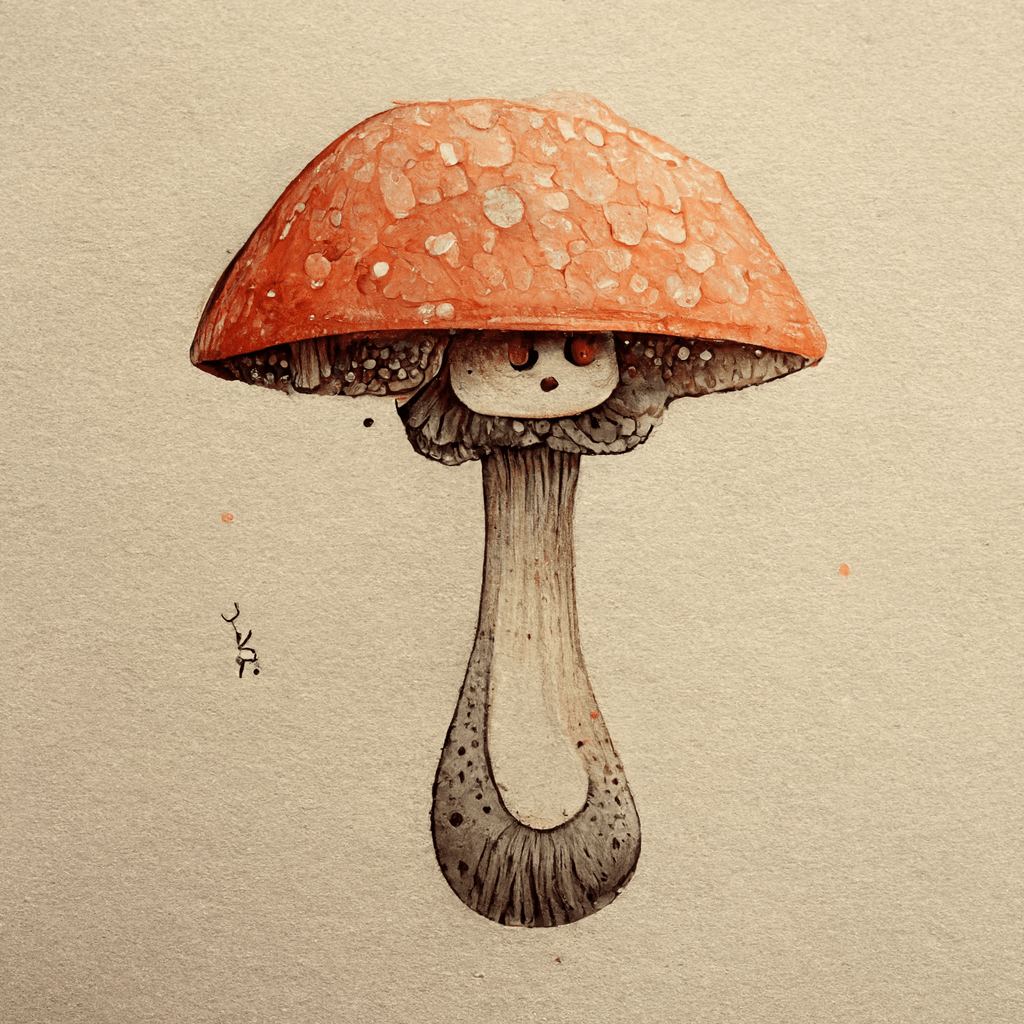 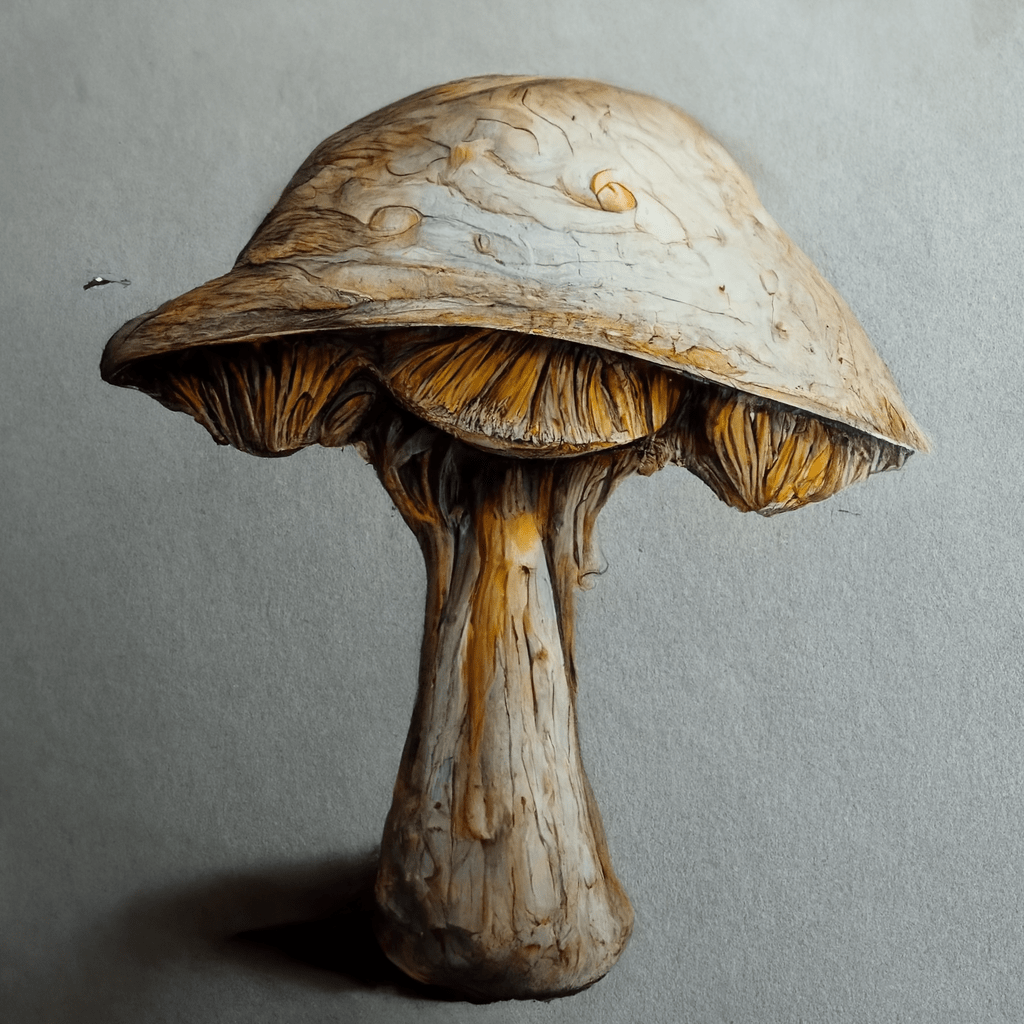 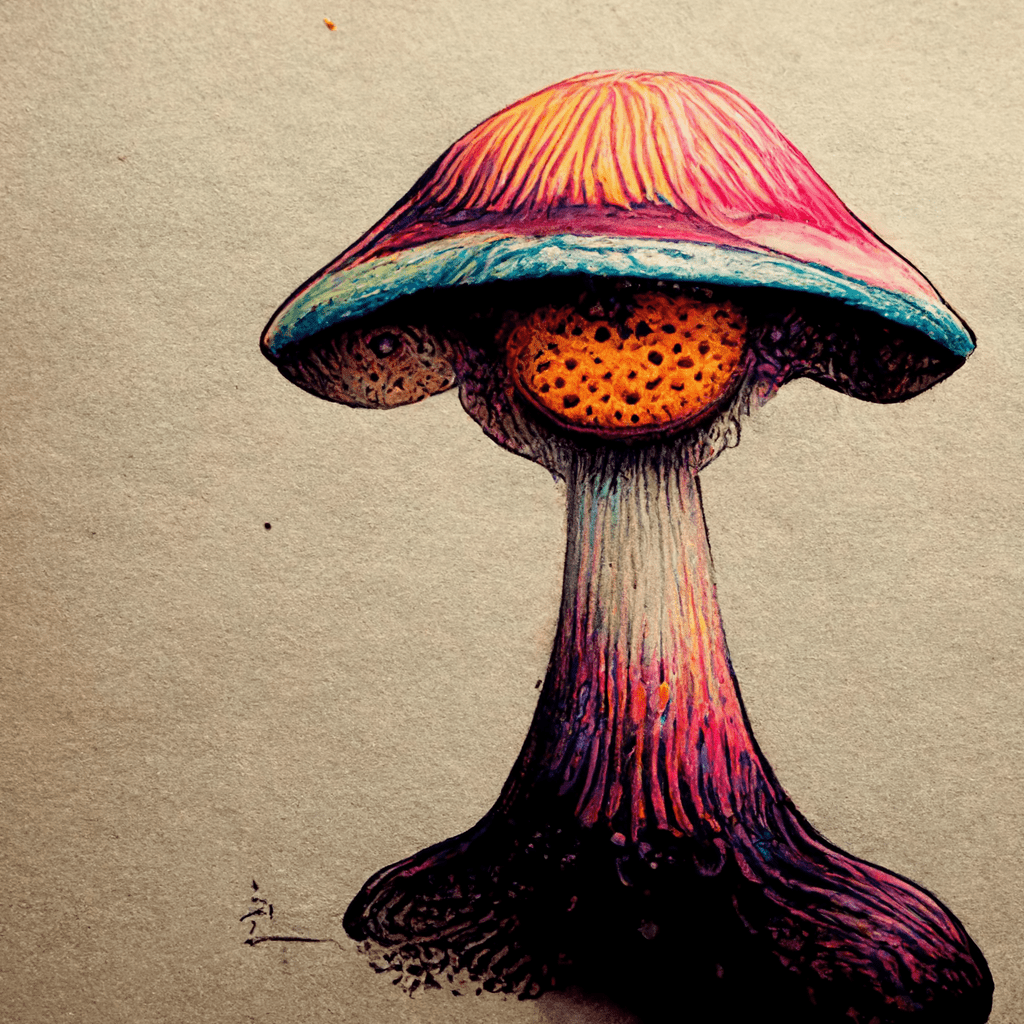 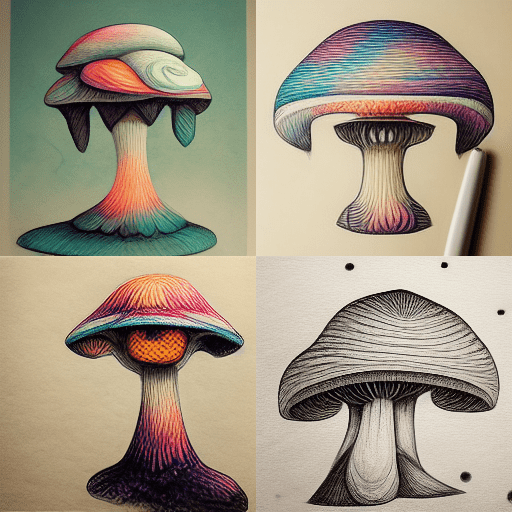 Where to start the composition and how to draw a mushroom? Let’s start with the format, it will be horizontal because in the composition you need to draw a large mushroom with a massive hat, and a thick leg, and show grass and flowers around them. This format will be the most optimal. Let’s define the middle of the sheet. Approximately put a mark on the eye and pinch the pencil with your fingers so that the tip is equal to the branch.

We marked the middle, with the tip of a pencil on the edge of the sheet, and draw a short stroke somewhere here. We put a horizontal line to know to what length or to what size to enter a vertical line. Again we hold the pencil in our hands, put the same mark below, and draw a line.

We have a vertical line around which the mushroom will be drawn. Now with short strokes, we mark how the external dimensions of our mushroom. Of course, the shape is known to everyone – here is such a rounded hat, we must try to make it symmetrical on both sides, if it works the first time – excellent. This shape is a truncated circle. Next, draw the leg. You can see that the shape resembles a cone, that is, the top of our leg is narrowed, and it turns out as if it were a truncated cone.