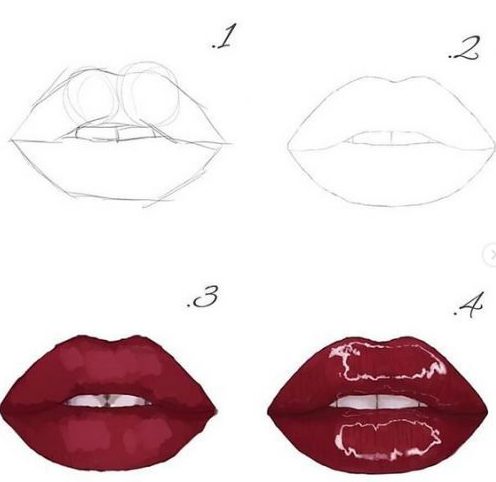 Draw an elongated isosceles triangle. Under the top corner, draw a curve (in the shape of a “U”). Draw a horizontal straight line between the curve and the base of the triangle. The longer the drawn line, the wider the lips will be, and vice versa: the shorter, the fuller.

“But what if I want to draw it already on the face?” See my tutorial on drawing faces to determine the location of the “triangle”.

Here you will have to pay attention to the proportions, and they will help you calculate the length of the triangle and the width of the lips, taking into account the rest of the face. 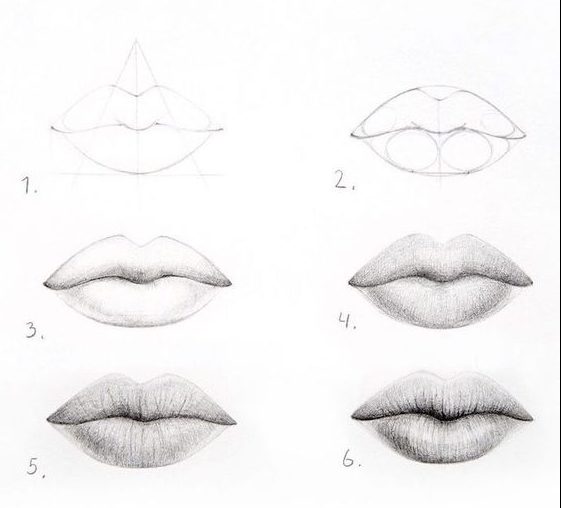 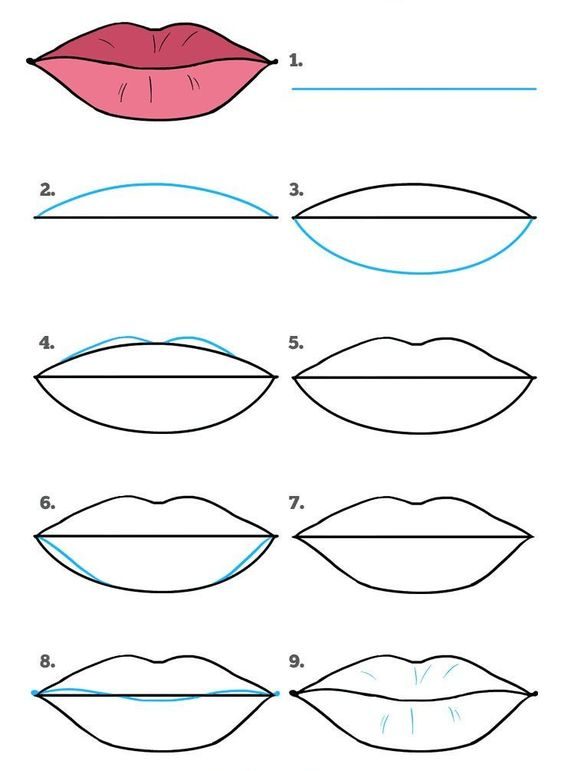 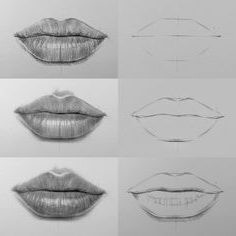 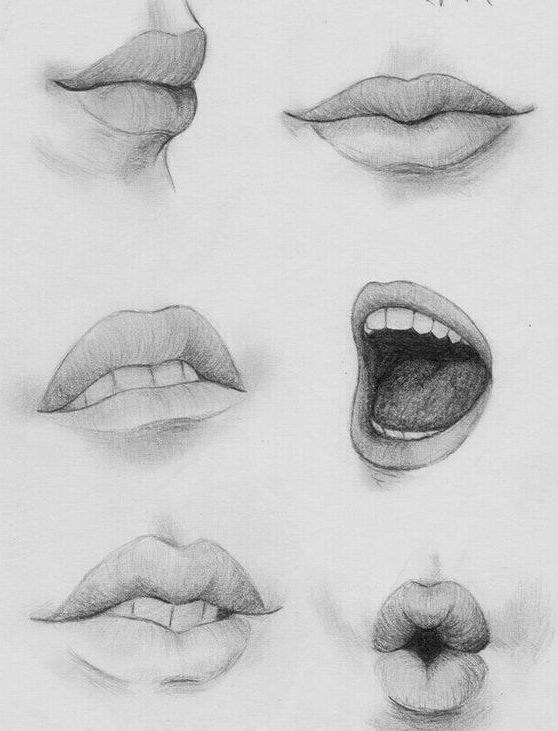 Outline the upper lip, imitating the shape of Cupid’s bow. 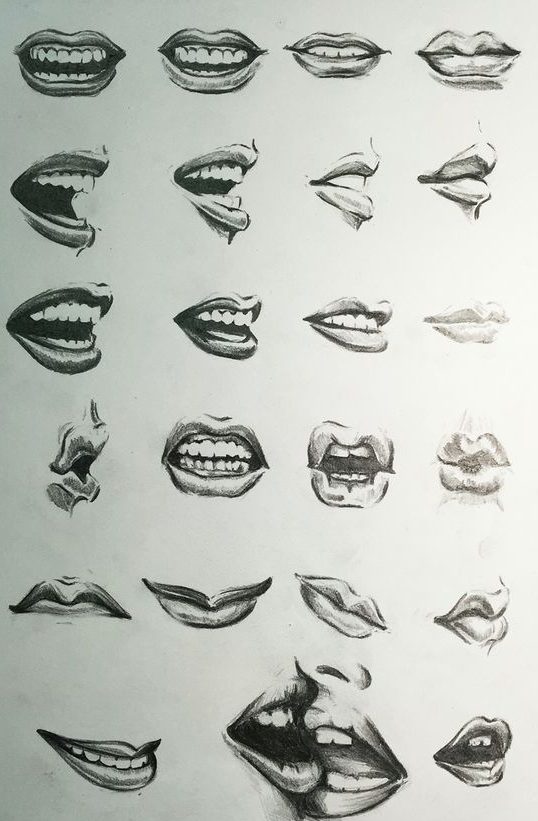 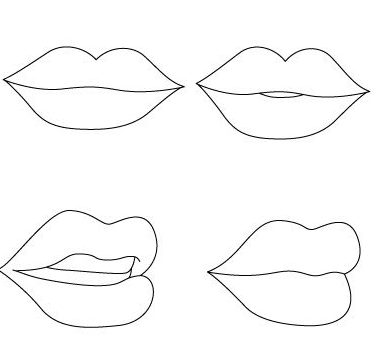 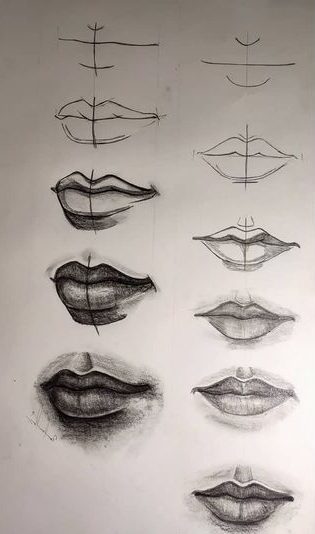 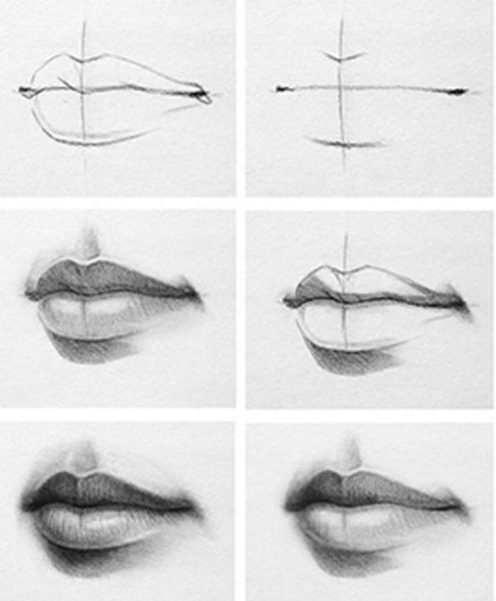 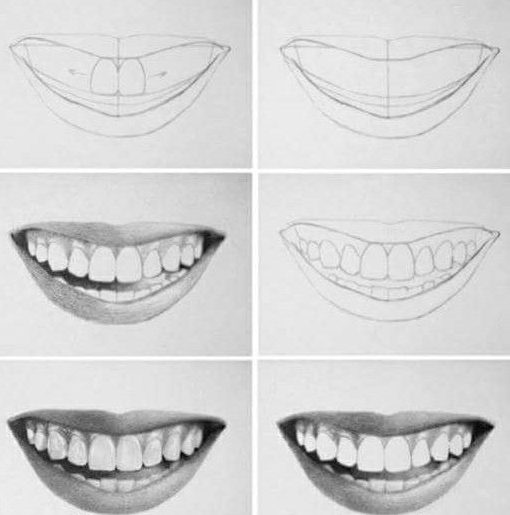 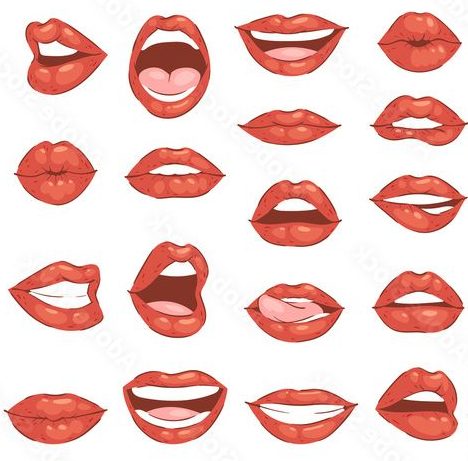 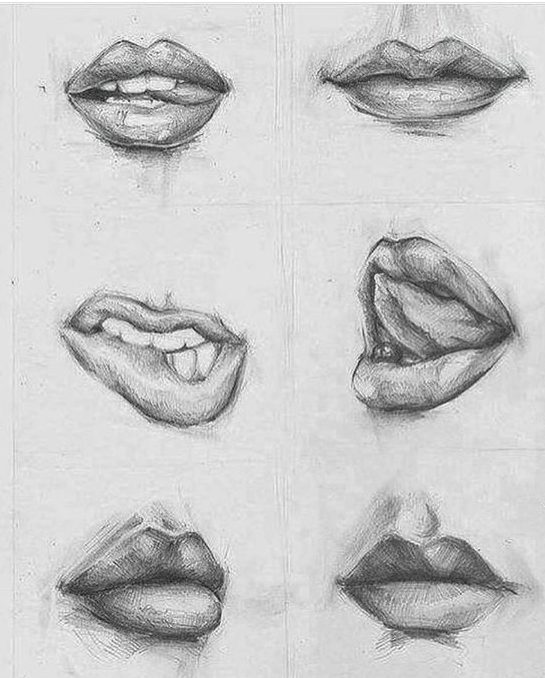 Draw the lower lip with a curved line that does not extend beyond the base of the triangle. Based on a horizontal line, “slightly open” the drawn mouth. 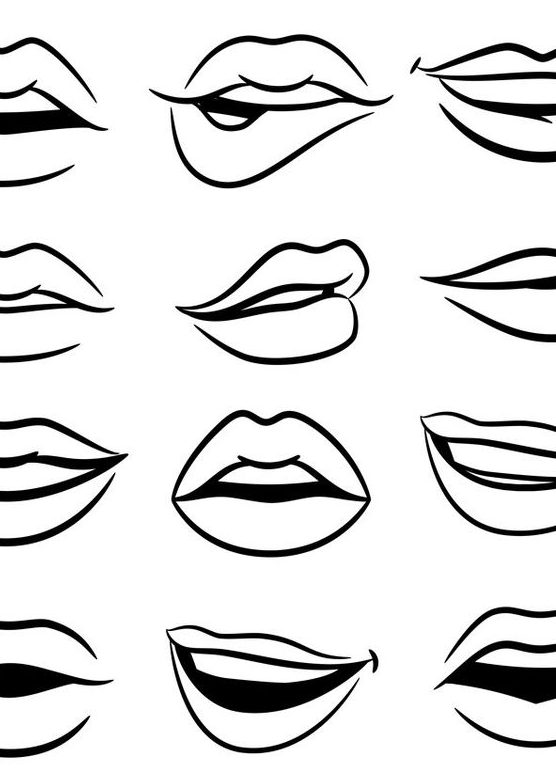 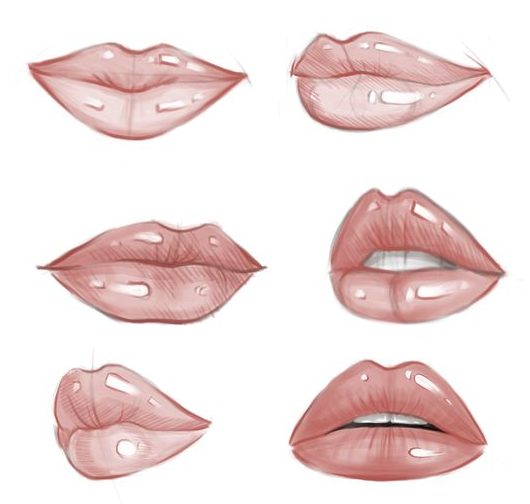 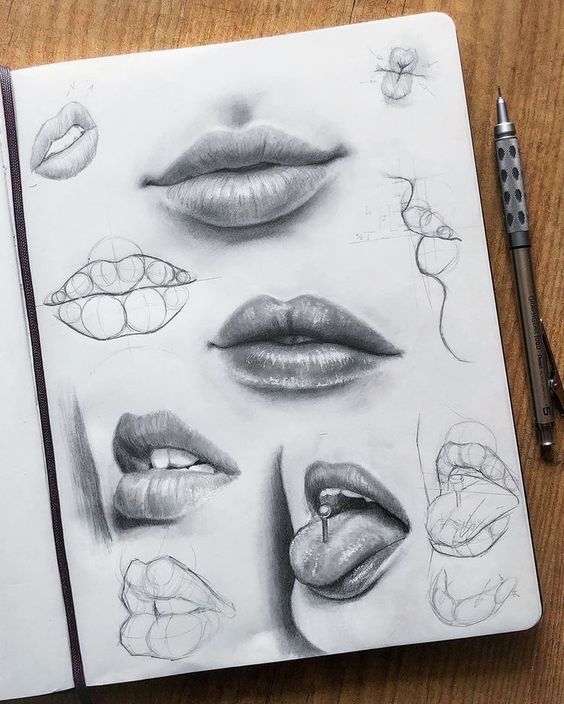 After you erase the triangle, define the light source. In this example, the light source is on the top right side. I’ve highlighted the parts I want to lighten, and I’ll also put a shadow on the left side of the lower lip. 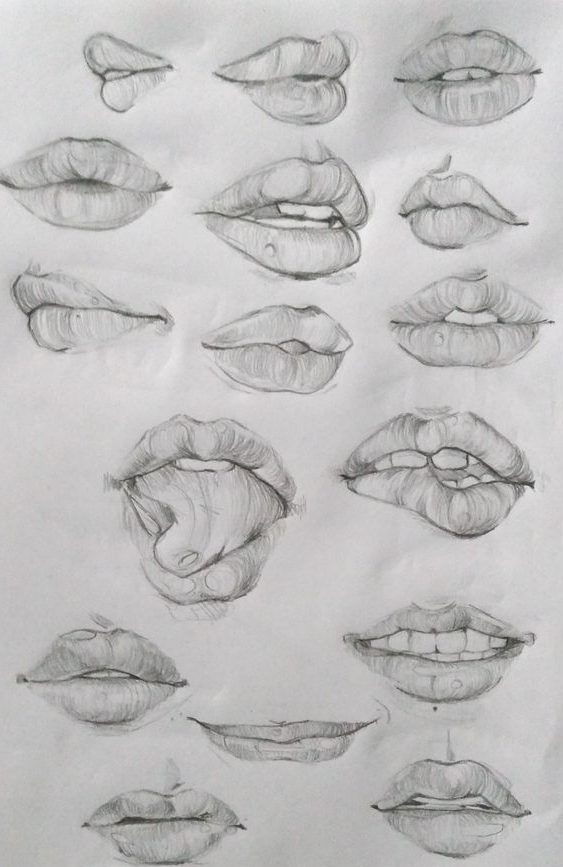 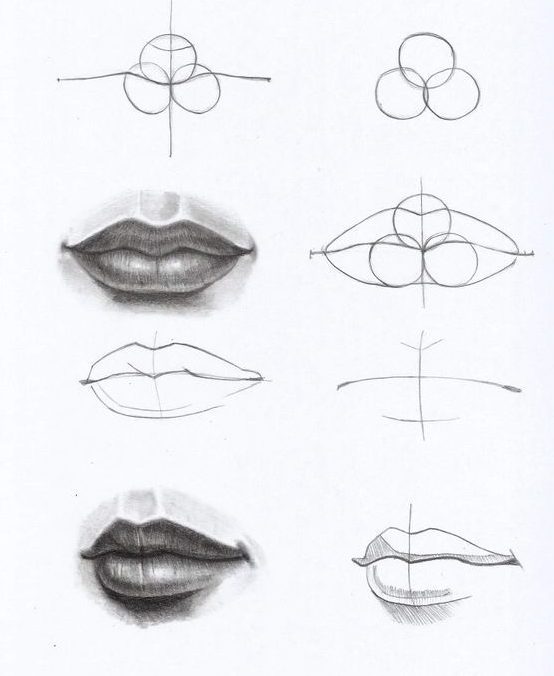 Darken both lips and leave the areas that you defined as the lightest in step 4. You can see that there is a shadow under the lower lip. Toward the right side, it decreases, which shows that the light source is in the upper right corner.

Smooth out the darkening on the lower lip with a blender. Don’t touch the highlights from step 4. The highlights will make the lips look fuller and rounder. You may also notice that the lip lines become thinner in the shade, but do not disappear completely.

Do the operations from steps 7-8 with the upper lip. 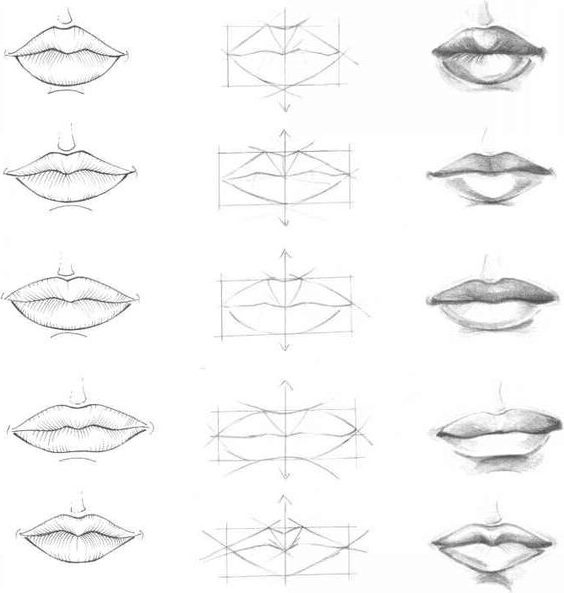 Intensify the shadows in areas such as the outer edges of the lips, above the upper lip, the creases and corners of the lips (6B pencil).

You can change the size of the lips by moving the horizontal line up (for a thinner upper lip) or down (for a fuller upper lip). Also, add a highlight with an eraser to make the lips look even more voluminous.

Do you have any questions? Leave them in the comments below the article! Don’t be discouraged if you don’t get what you want on the first try. Keep working, and take each step apart. Work will become much easier! Also, don’t forget to experiment with different triangle shapes and line positions in step 2.