20 Realistic and Easy Giraffe Drawings in Pencil to Copy 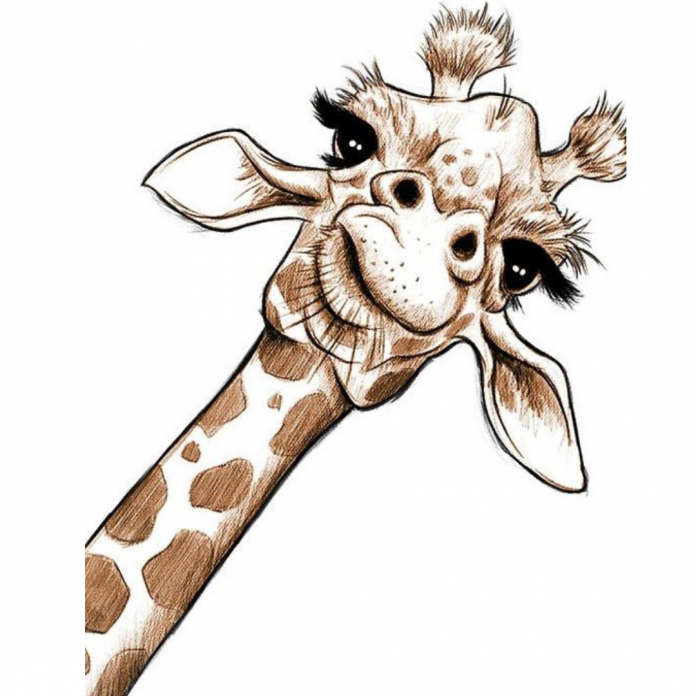 I went to the zoo last weekend. I love warm, furry animals so I’ve been watching them all day! Among them, I like patterned leopards, zebras, and giraffes. I’m going to draw the giraffe I took the most pictures this time!

First, draw a cute face. Draw as if drawing an ellipse with a slightly oblique line as in the picture. Paste it right away and draw one ear. Draw the inner part of the ear as well. Draw the other ear too. Can you get the feeling of a giraffe’s face? Draw a curve on the opposite side as shown in the picture. Draw a giraffe neck from the lower part of the ear and descend Draw the body and the ends of the legs at once. 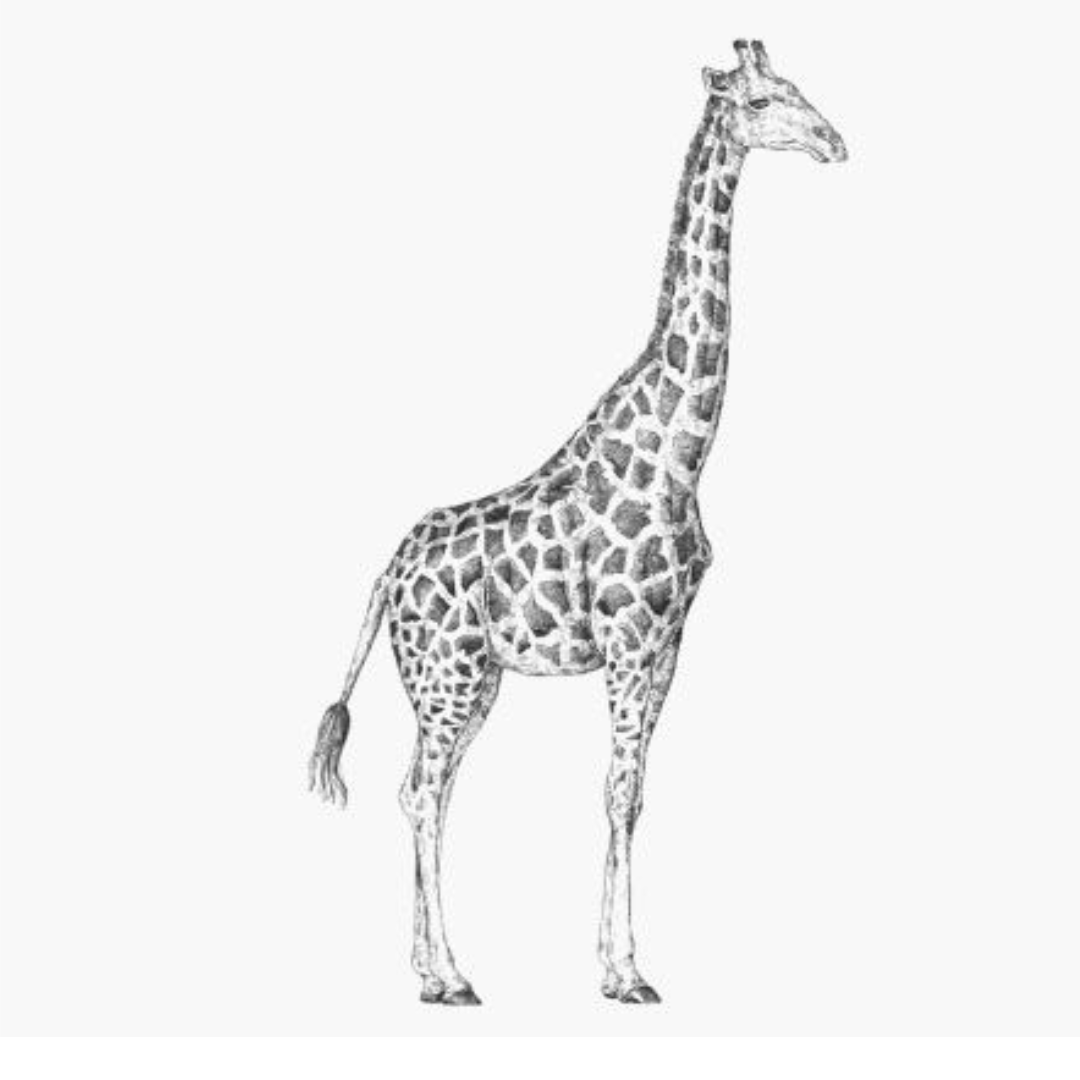 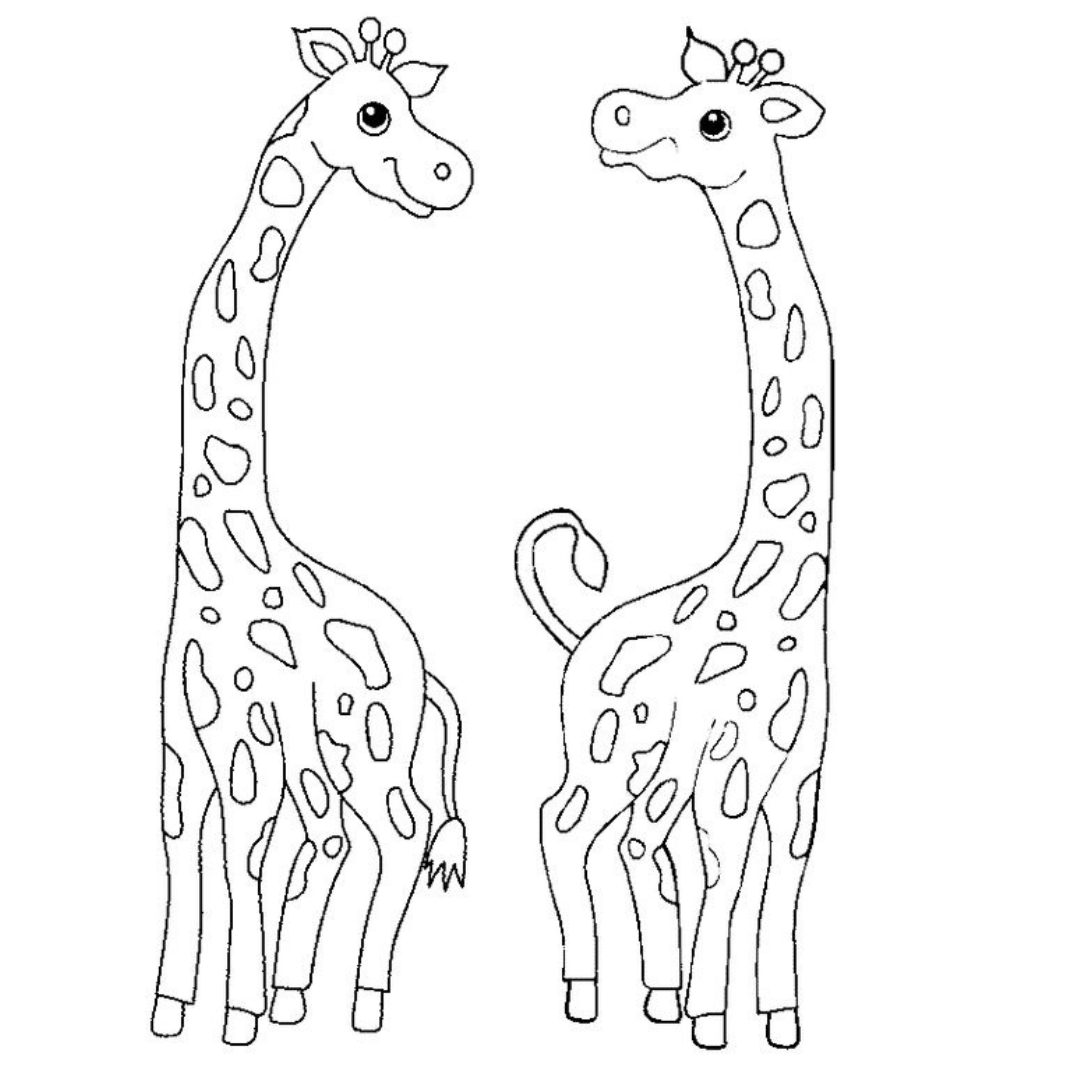 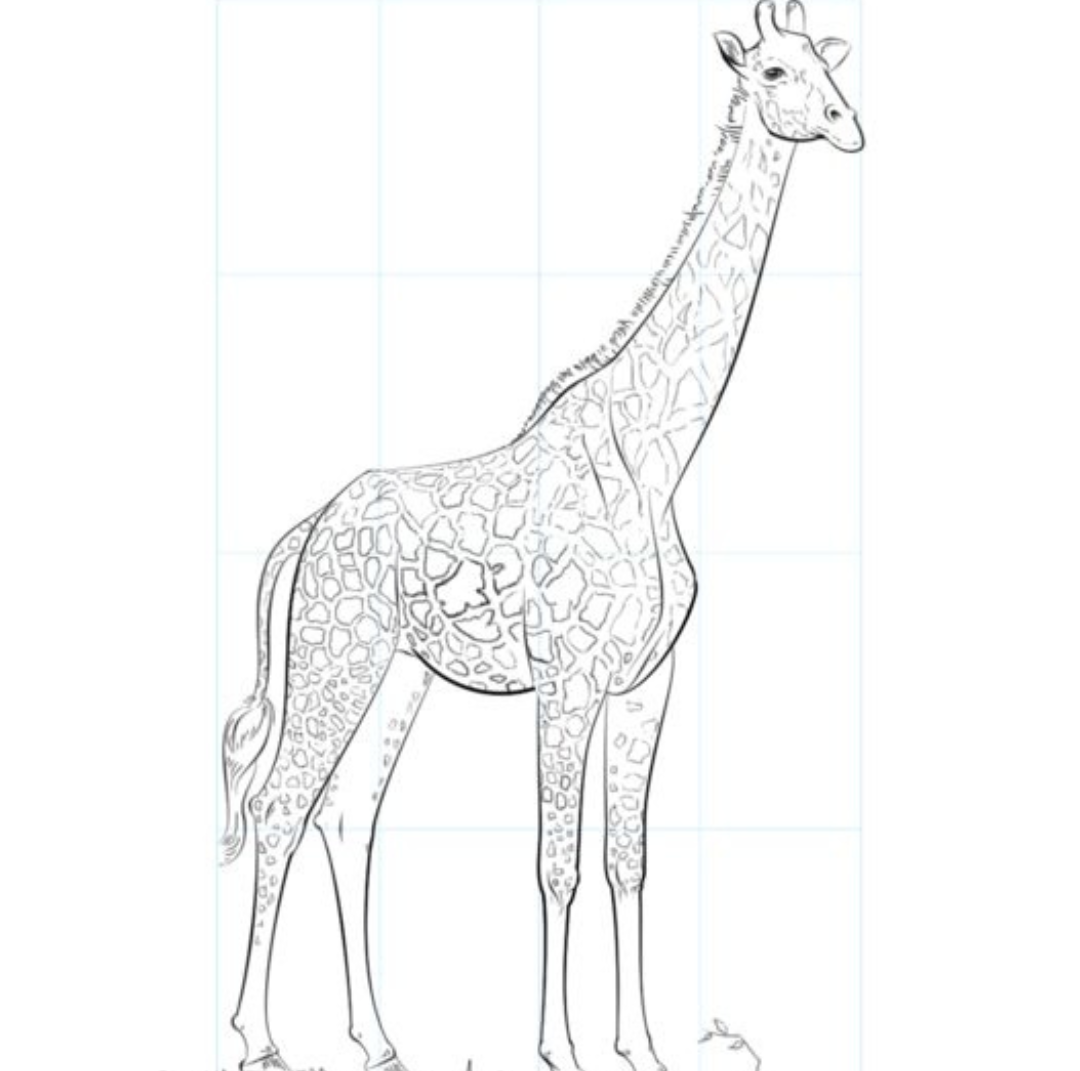 Giraffes have long played a role in human culture. Societies throughout Africa have depicted the giraffe in their dances, mythology and art. The world’s largest petroglyphs or rock carvings depict two life-sized giraffes. 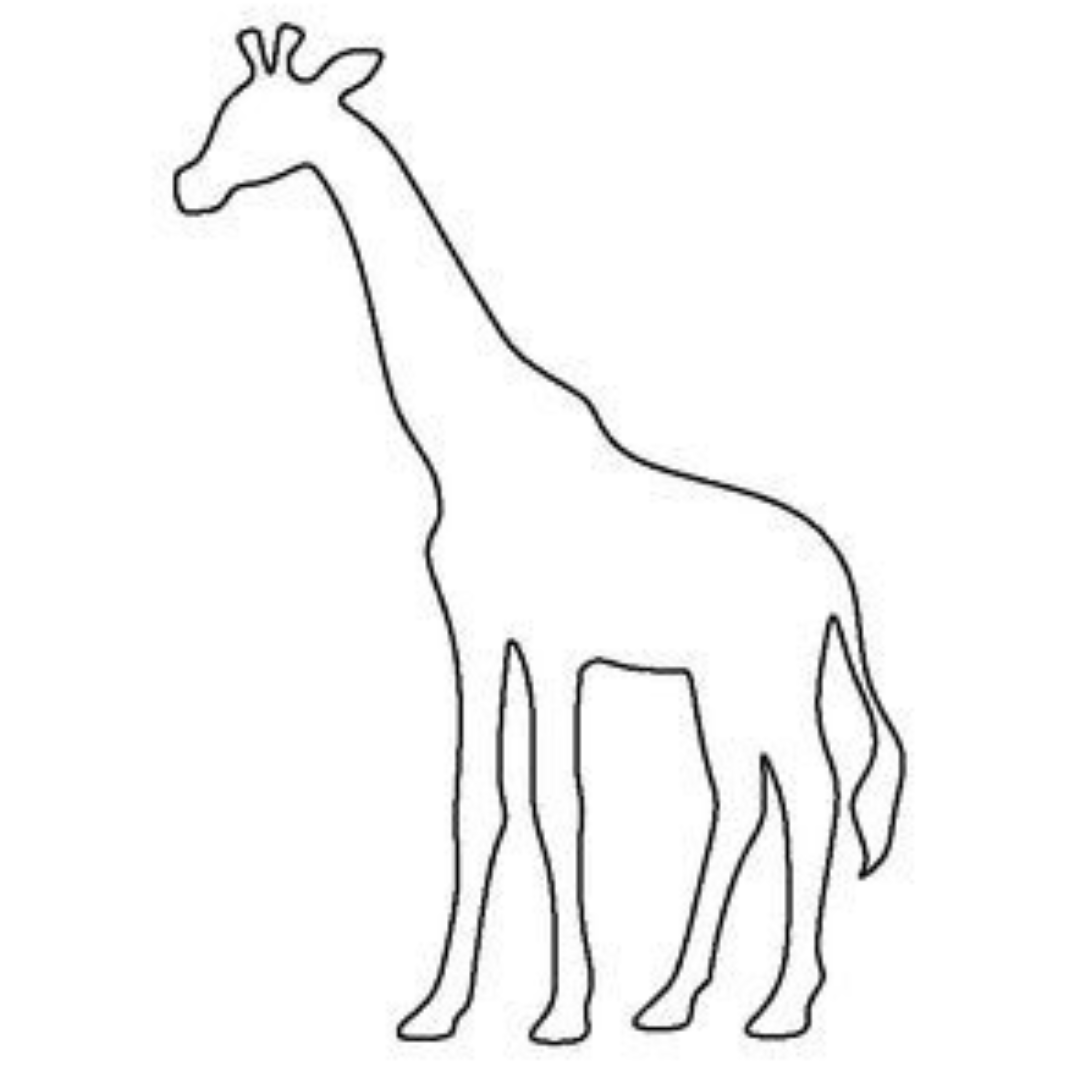 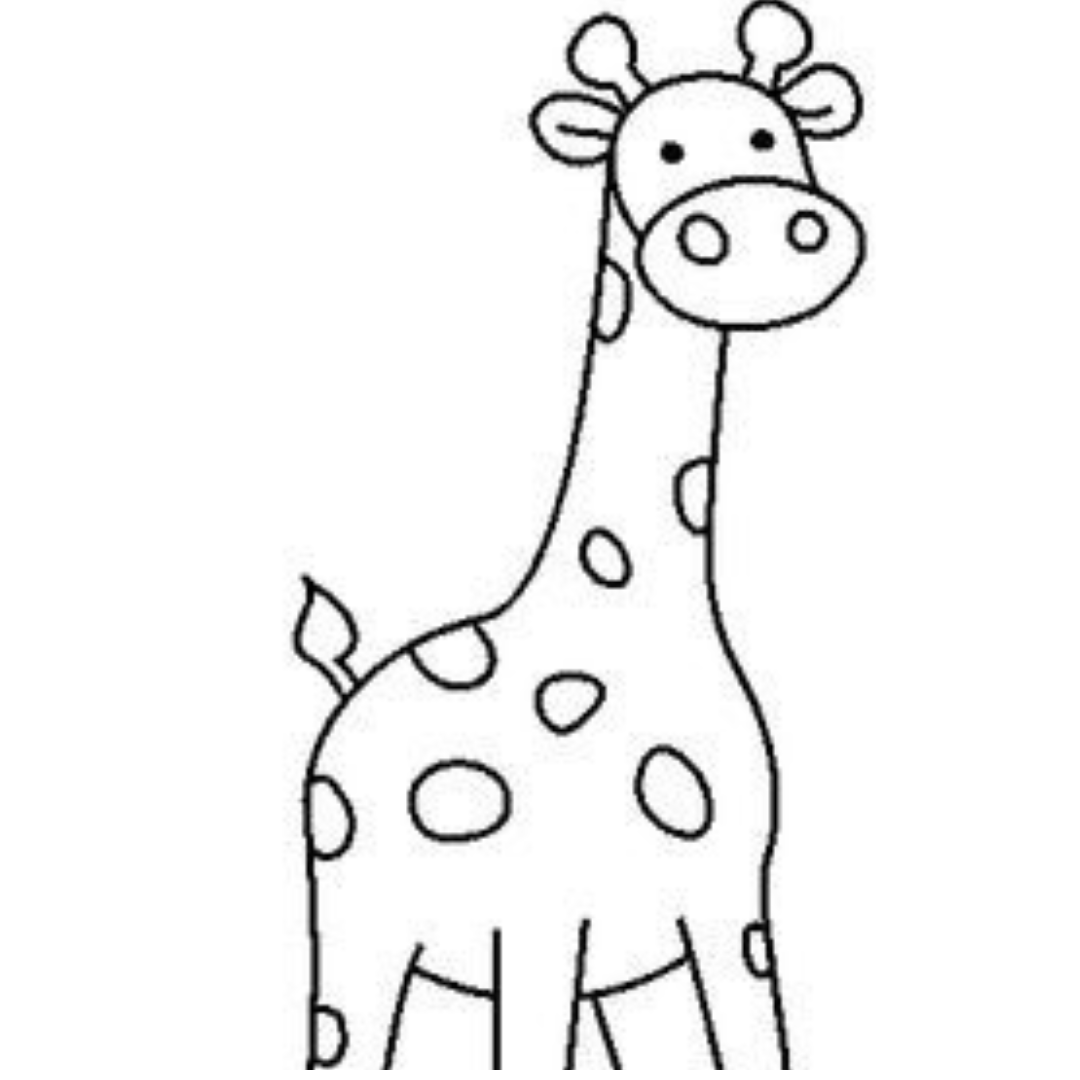 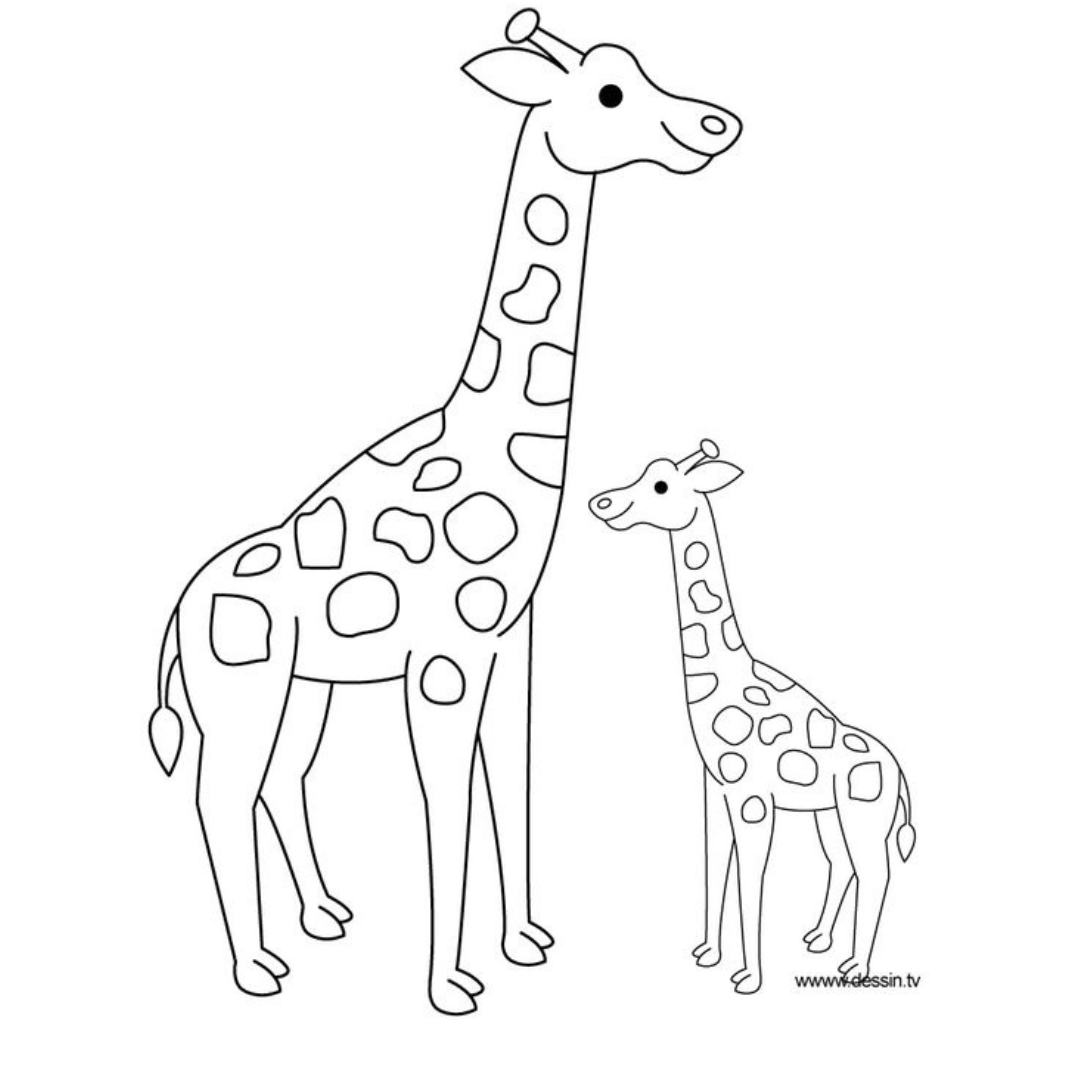 The ancient Egyptians kept giraffes as pets and gave them their own hieroglyphic symbol. Surrealist artist Salvador Dali included flaming giraffes in his paintings. Melman, the giraffe, played a supporting role in the 2005 film Madagascar, and Geoffrey, the Giraffe, has been a “rep” for “R” Us toy stores since the 1950s. 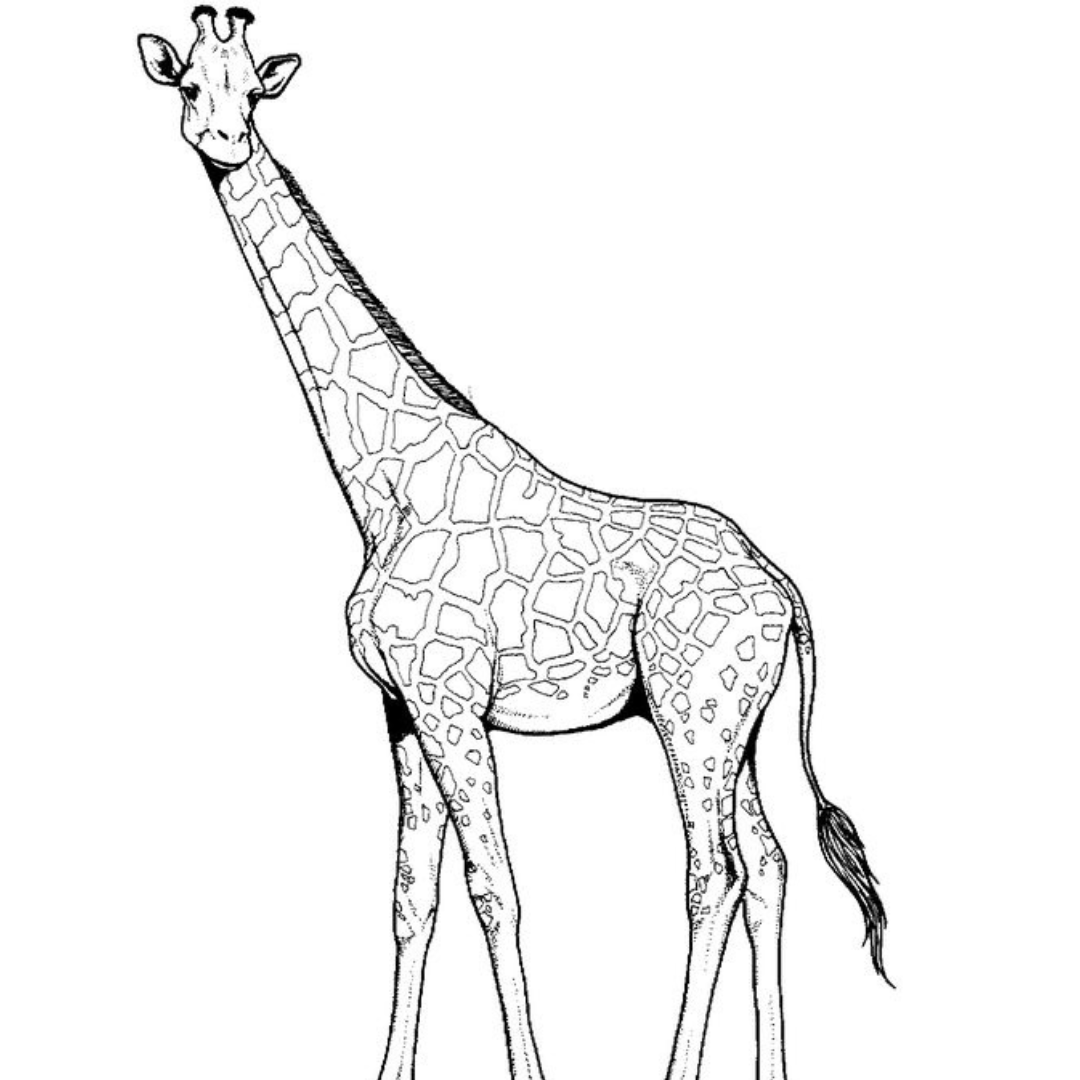 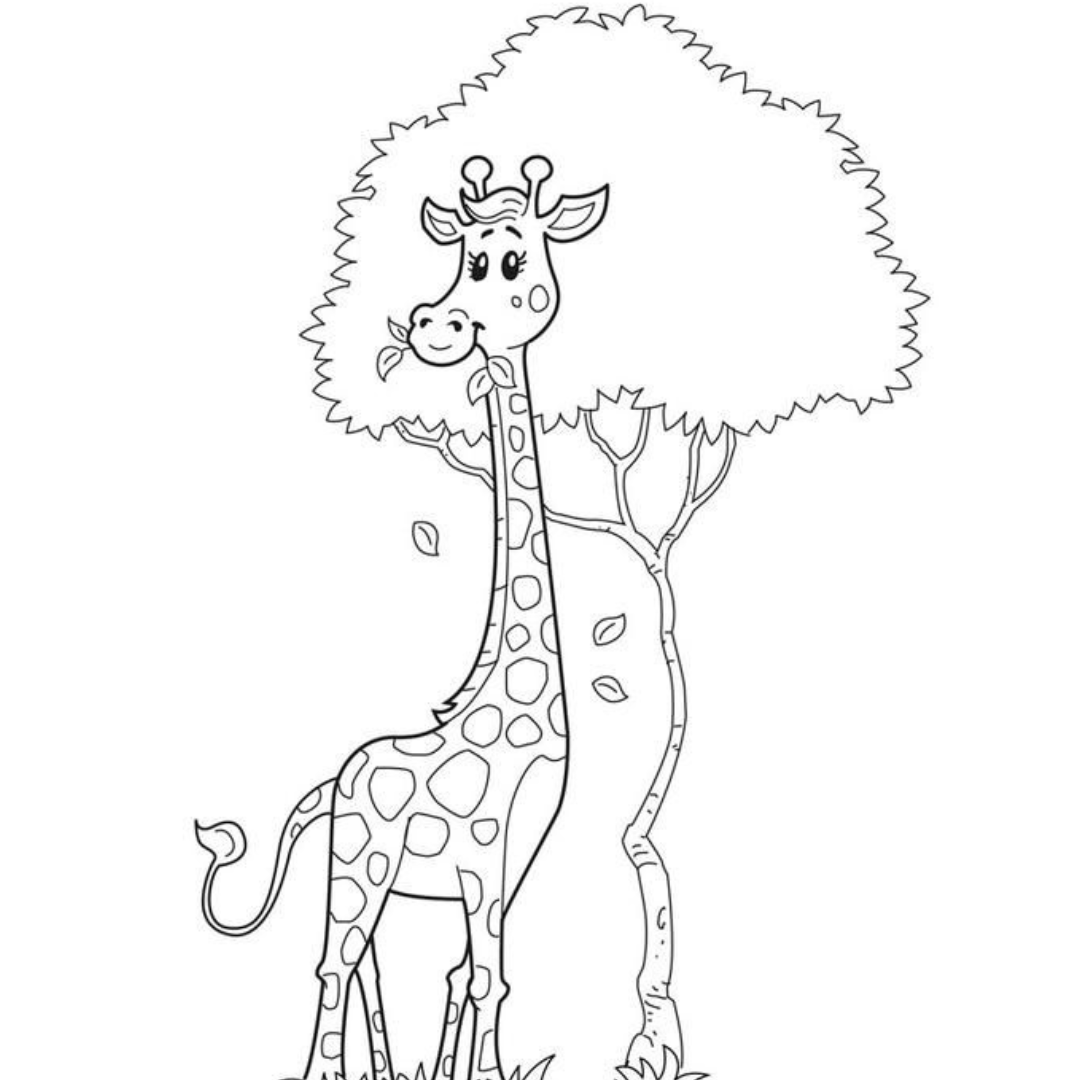 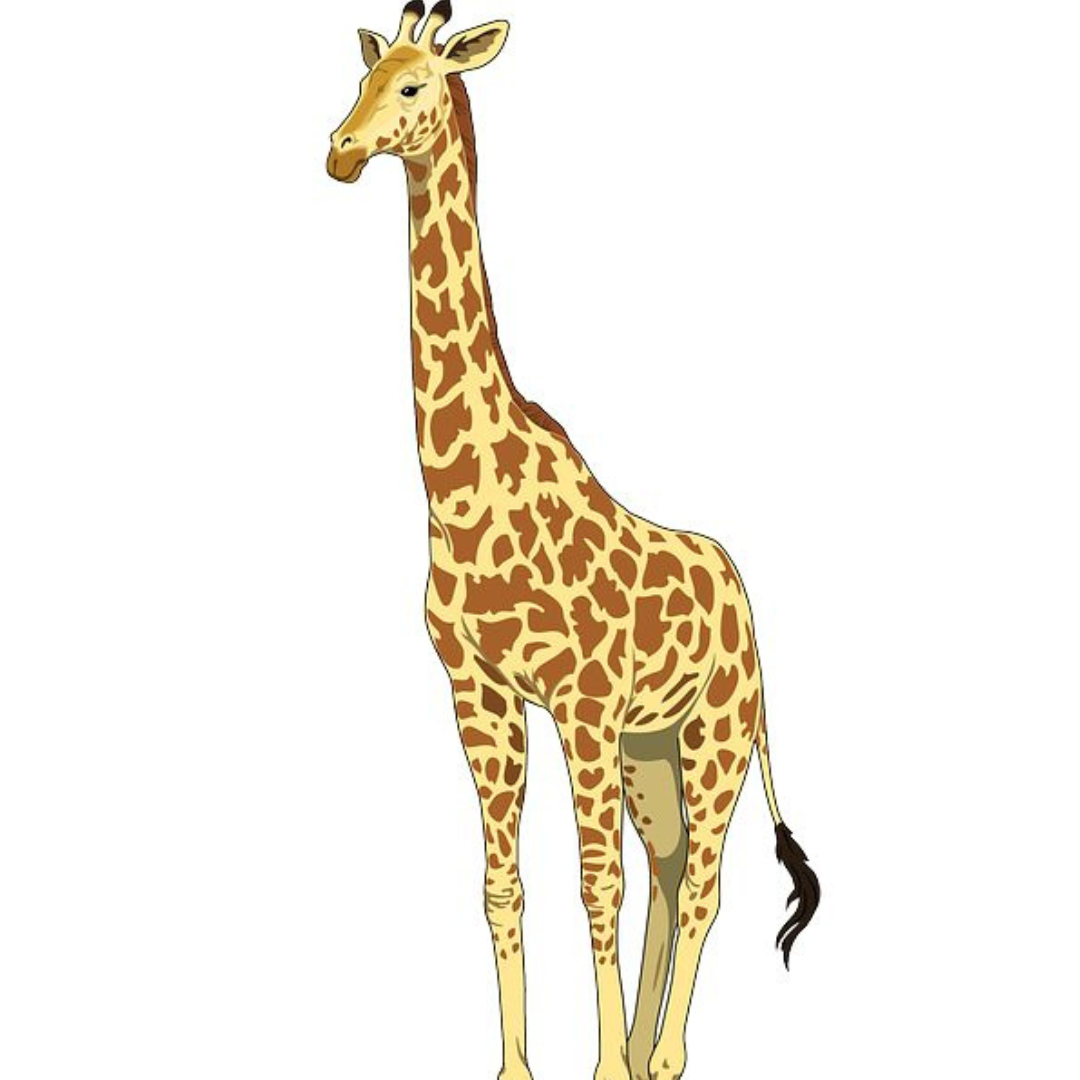 Would you like to draw your own giraffe? Doing it has never been easier with this simple, step-by-step drawing guide. Do you have a pencil and paper? That’s all you need to stick out your neck and draw this interesting animal.

If you liked this tutorial, see also the following drawing guides: Elephant, Gorilla, and Tiger. 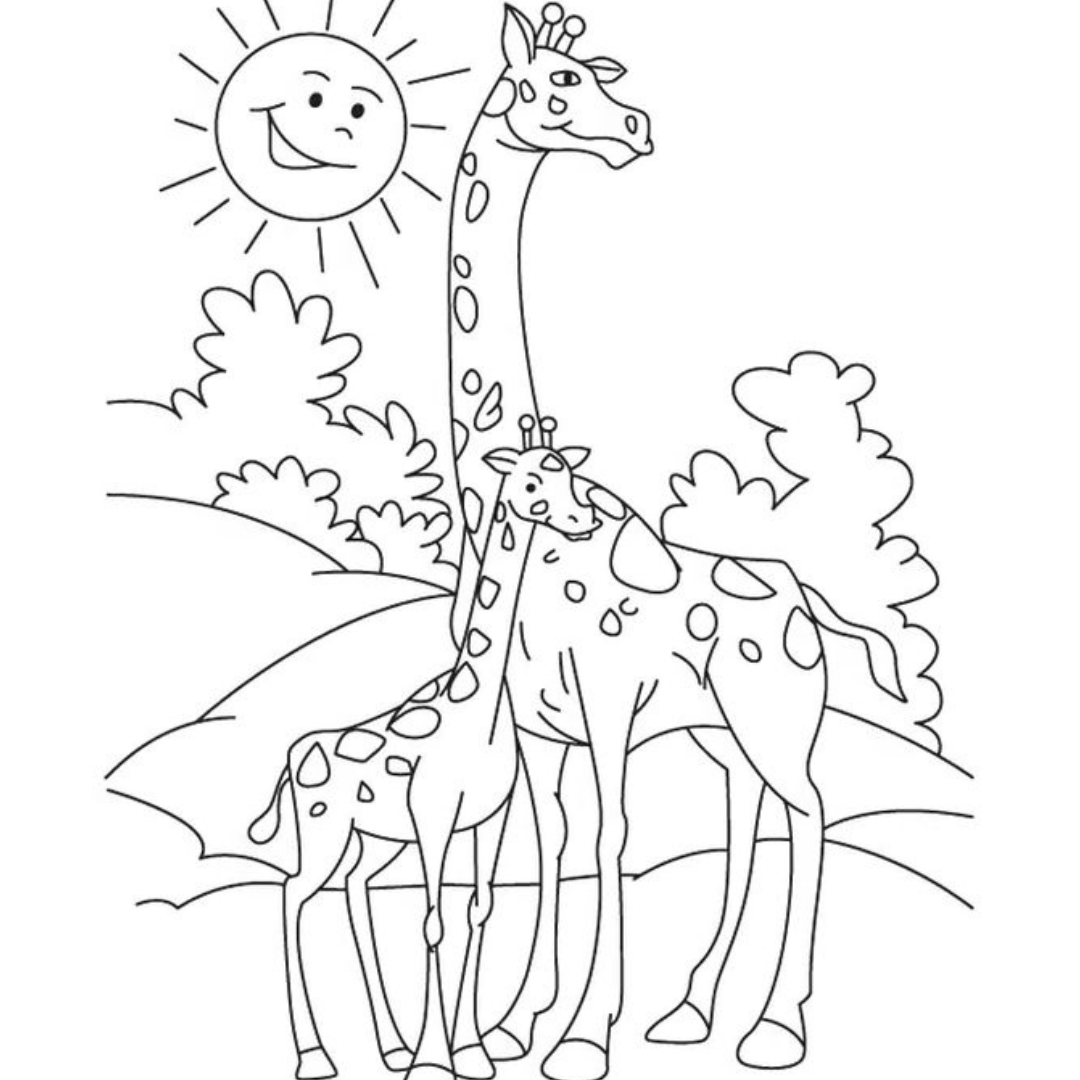 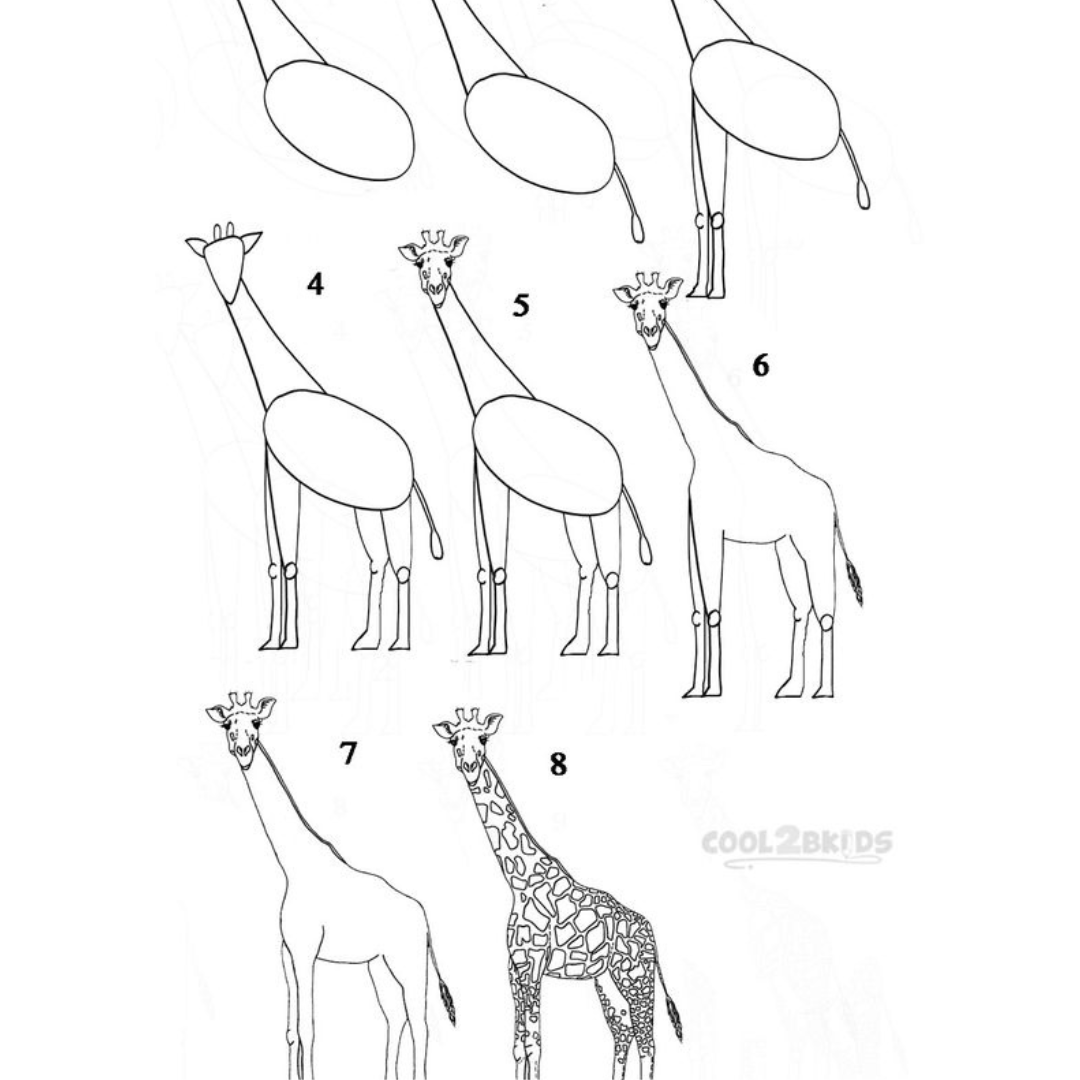 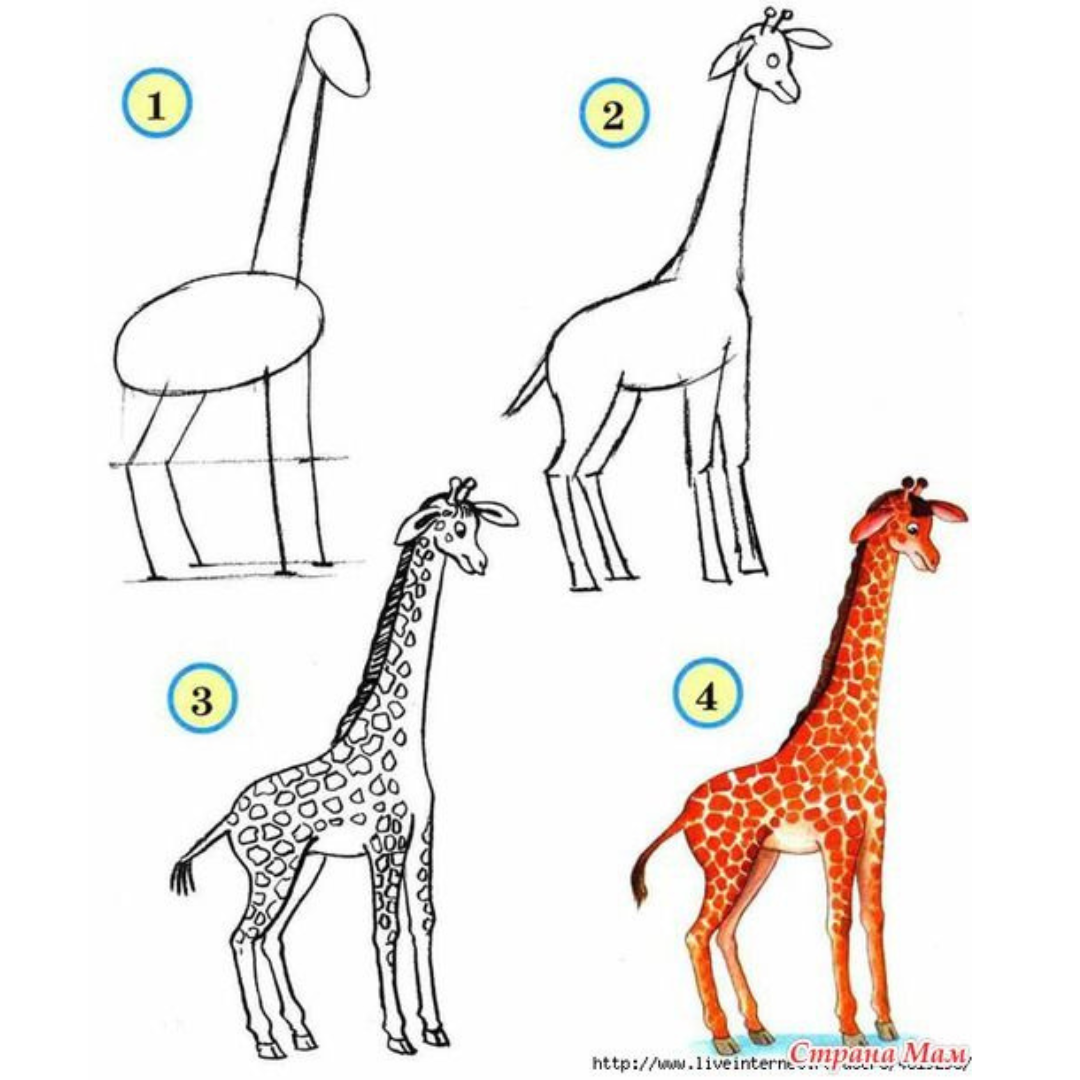 1. Start drawing two circles, one high above the other. The top circle is the giraffe’s head, and the bottom circle is the body part at the base of its neck.

2. Draw a pair of curved lines connecting the two circles. This forms the giraffe’s long neck.

3. Using a curved line, enclose a partially oval shape for the front of the giraffe’s head. This forms the face and mouth of the giraffe.

4. Draw an oval next to the shoulder, a circle at the base of the neck. This oval will form the thighs of the hind legs.

5. Using two slightly curved lines, connect a circle and an oval, outlining the back and belly. From the hips, extend a pair of curved lines, allowing the lines to converge at one point. Draw a teardrop shape below this point. This forms the giraffe’s tail with a tuft of fur at the end. 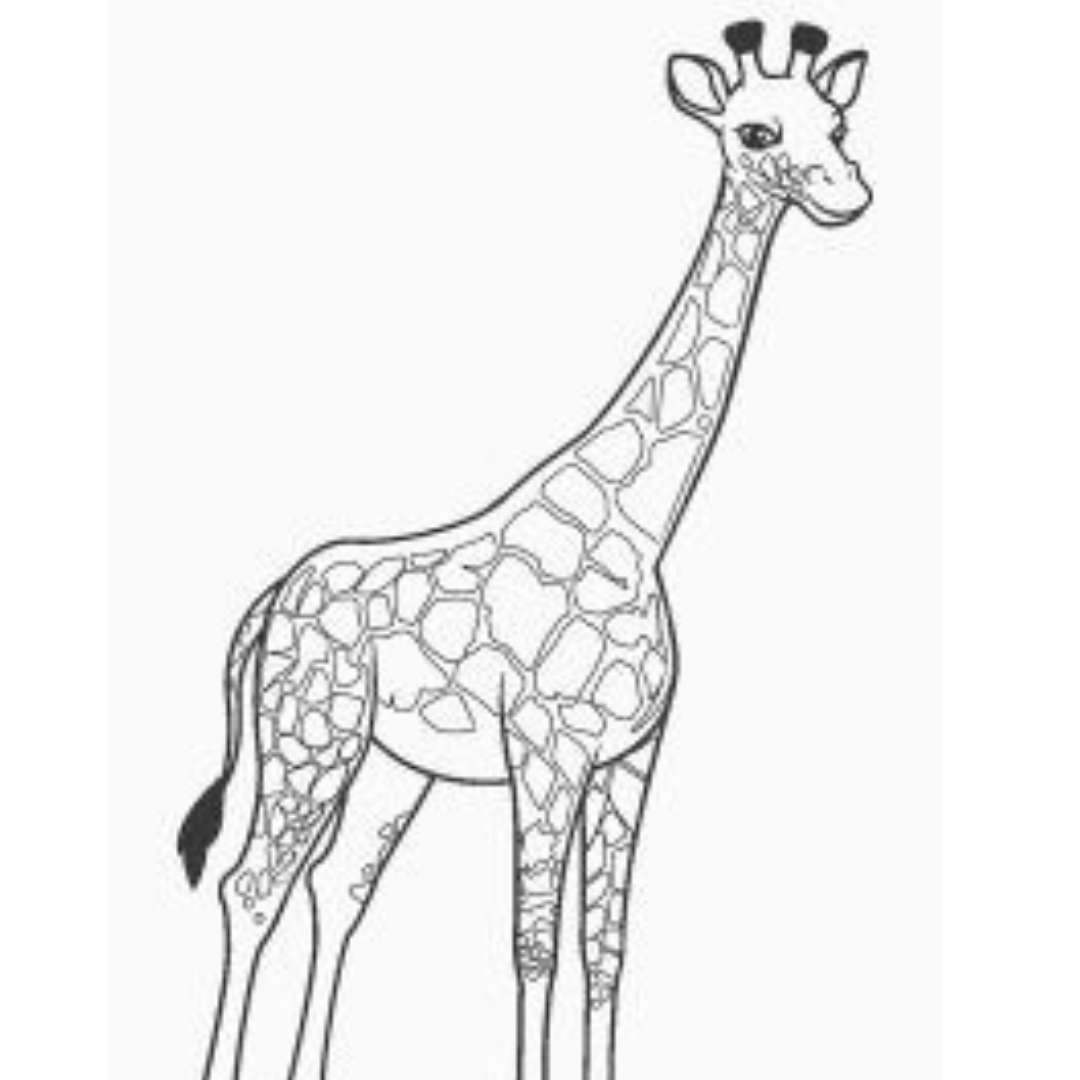 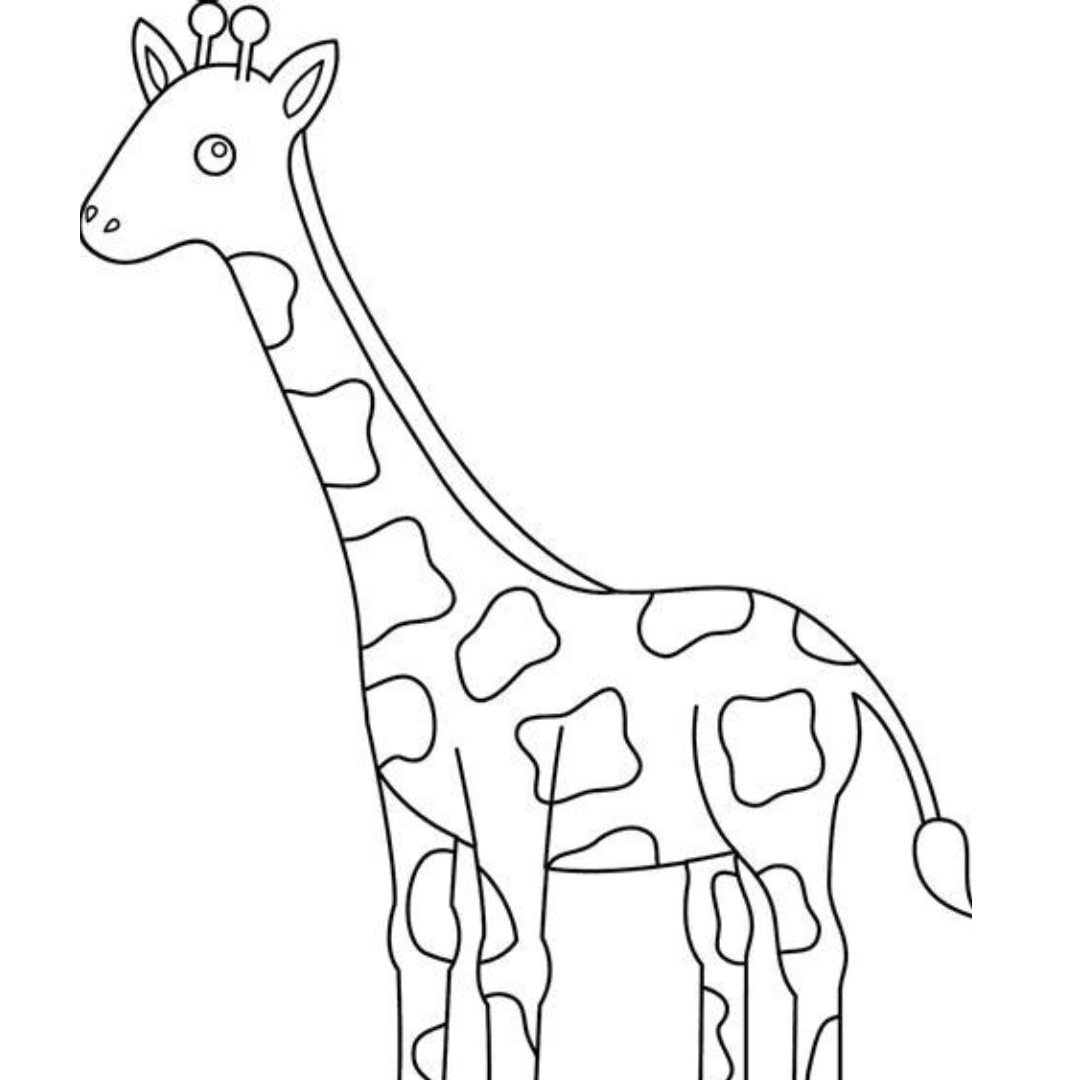 6. Giraffes have two hard, bony horns on the tops of their heads. Draw them by extending two sets of curved parallel lines from the head. On top of each set of lines, enclose a circle. Then draw the ear using two curved lines, allowing the lines to meet at a point.

7. Erase the guide lines from the head, neck and body of the giraffe.

8. Draw the legs of the giraffe. For each leg, extend a set of curved, parallel lines downward from the body. Outline each leg with a short, curved line. Notice how the lines diverge at the top of the back of the leg, outlining the curve of the hip and thigh. 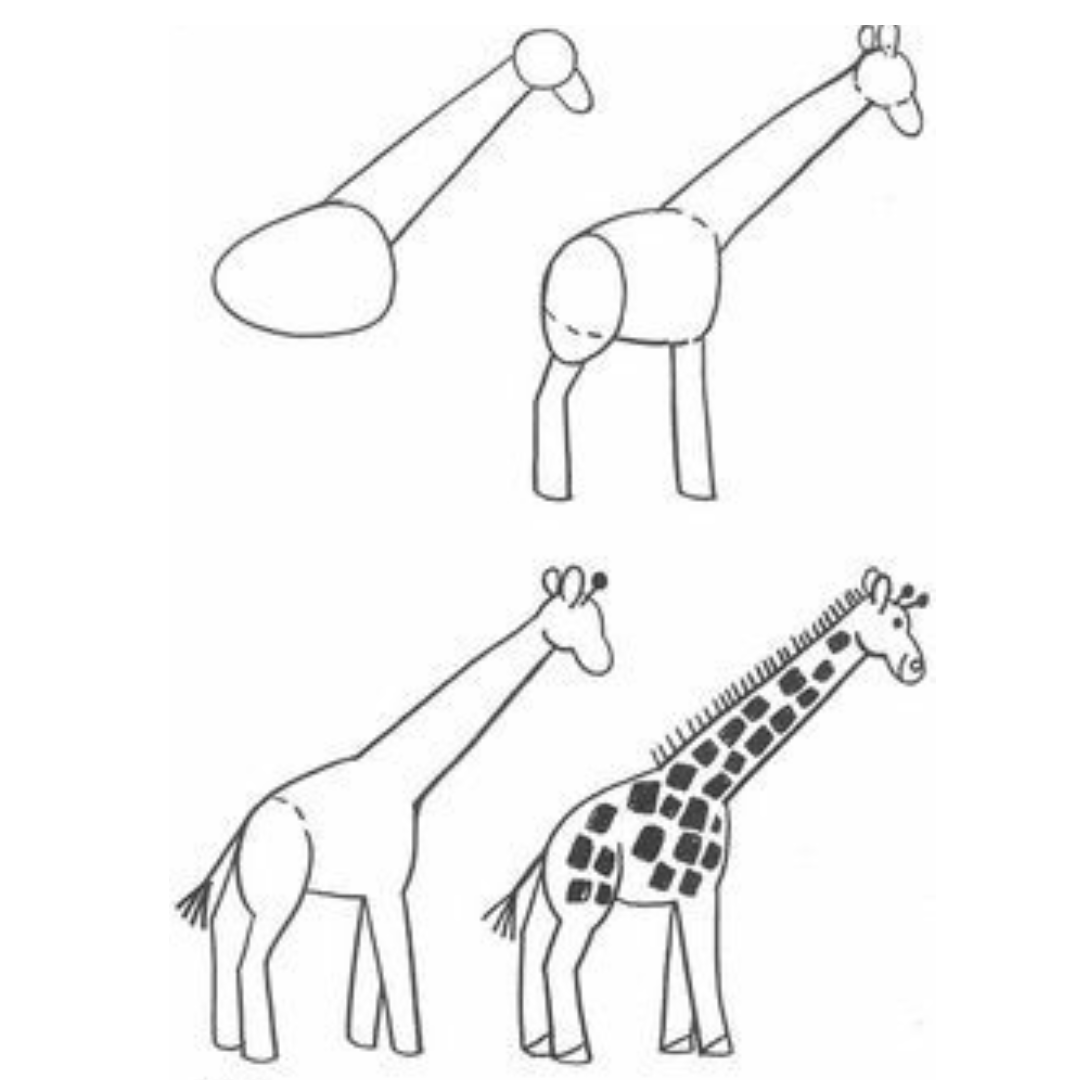 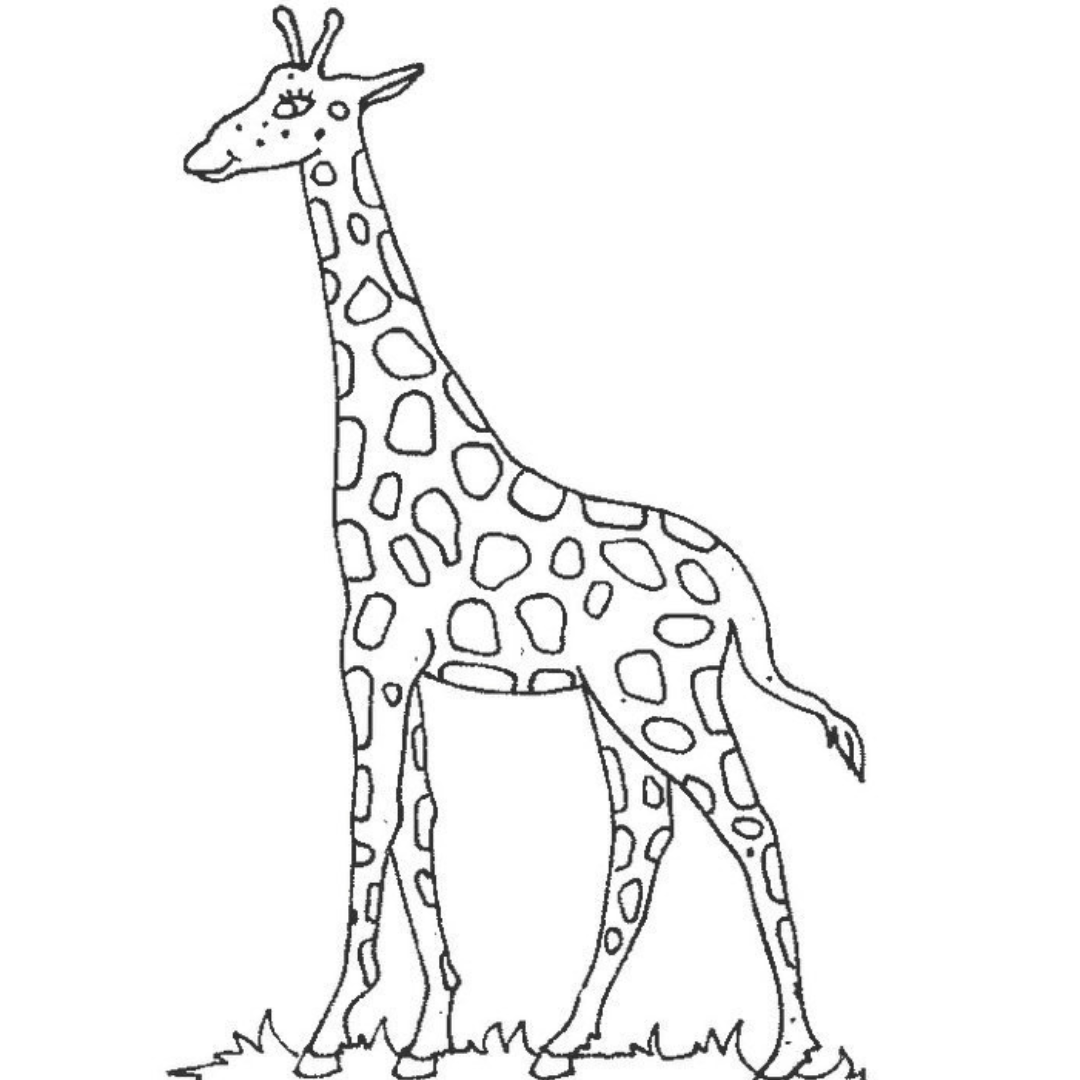