How to Draw a Nose Easy Step by Step for Beginners

How to Draw a Nose

If you decide to draw a person’s face, it’s important to draw eyes correctly, but not only. There are no trifles in the portrait of a face. All facial features should be drawn accurately and beautifully, and for this, you need to be able to draw the nose correctly. In these tutorials, you can draw a person’s nose in the step by step. The nose drawing is made with a simple pencil.

Each person’s nose has unique features, so it’s impossible to give precise advice on how to draw the nose of a girl, child or man. You can only make an abstract, or as they say, “academic” nose pattern. It is this version of the nose pattern that I suggest you draw. Hopefully, there’s no need to explain how to mark these intersecting lines.

The human nose consists of “wings” and nose bridge, and it is these contours that need to be drawn at this step. The segment of the width of the “wing” in my drawing is almost half the vertical line. To draw a nose you need to carefully and accurately observe its “mirror” proportions.

After precise preliminary marking, drawing a nose will no longer be difficult. You see that further drawing is already quite easy. Circle the streamlined shapes of the wings of the nose. Draw two lines from the bridge of the nose and draw the tip of the nose. 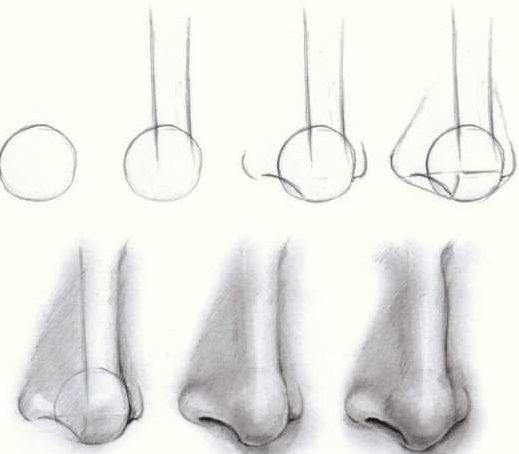 At this step, remove the excess contour lines with the eraser, and you will see a drawing of the most ordinary academic nose, you just have to draw a few small details. Get ready to have to tweak the final shape of the nose several times. Drawing a nose is not difficult, but the slightest inaccuracy leads to a noticeable caricature distortion. And sometimes the nose becomes “puffy” like Santa Claus or thin and skinny like Baba Yaga.

This stage of drawing and the next will consist only in one. It is necessary to apply shadow with a soft simple pencil so that the nose looks voluminous, as in the picture of real artists.

If you are going to draw a portrait of a person, then you are probably curious to know, and when is it better to draw a nose, at the beginning of the drawing or the end? Usually, when a nose is drawn at the end of a lesson, the nose is distorted, too wide or narrow, disproportionately small, or vice versa large.

Most likely, this is since you just get tired by the end of the lesson. In a portrait of a person, eyes and nose are considered the most important elements of the drawing, so it is better to start the drawing with them. But first, you need to do a general markup. Agree, you can correct the chin, ears, and even lips, but if you have not “guessed” with the nose and eyes, the portrait of a person will not be similar. 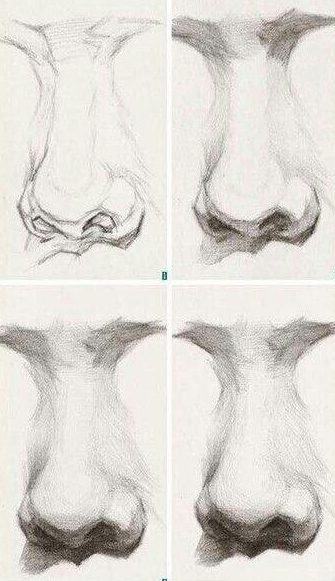 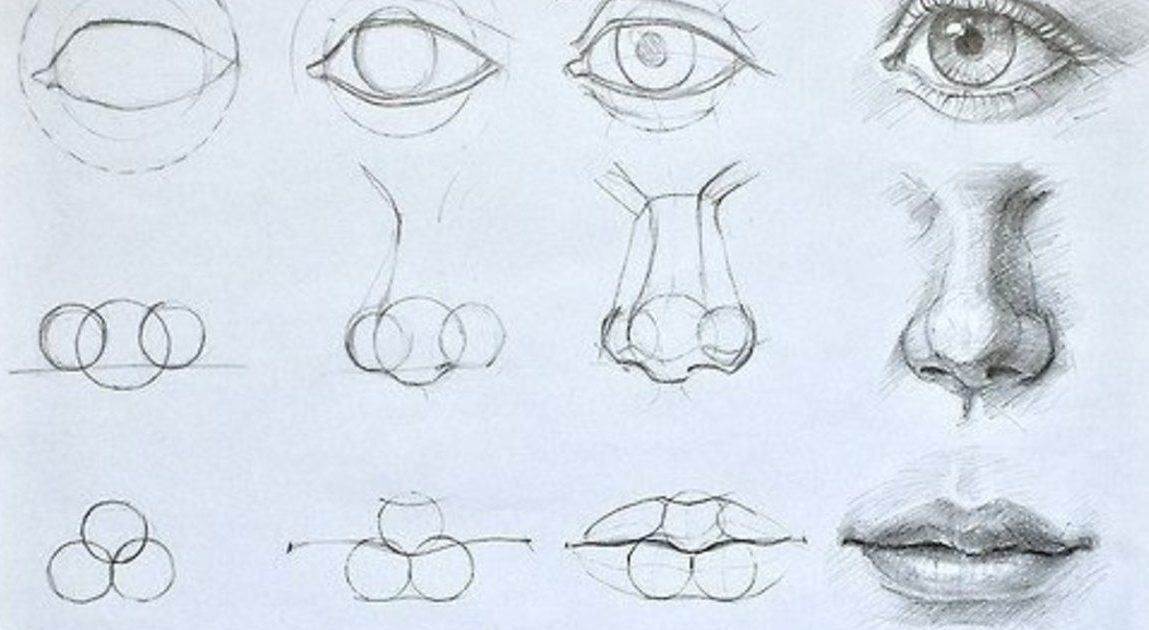 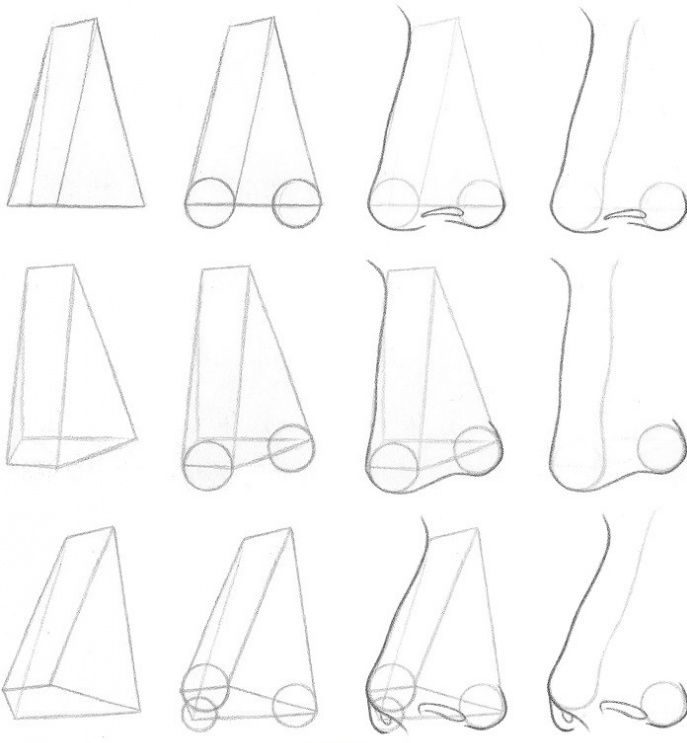 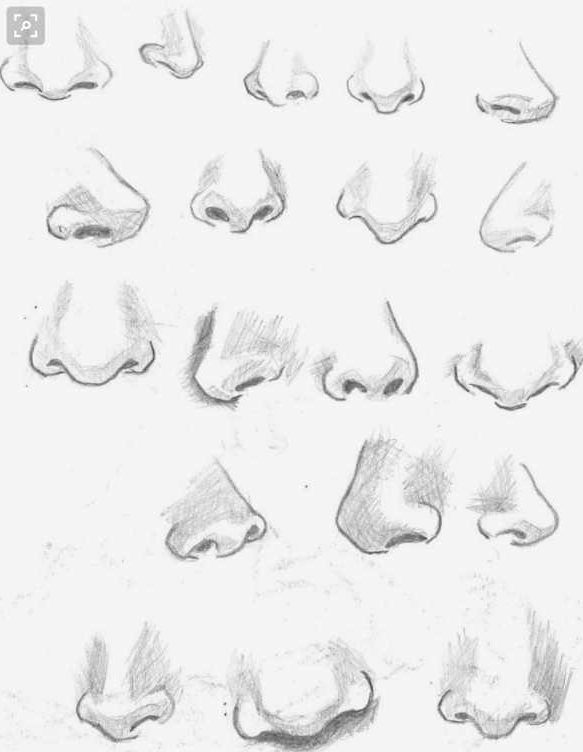